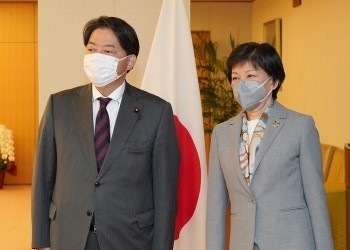 Foreign Minister HAYASHI and Ms. NAKAMITSU, Under Secretary General and High Representative for Disarmament Affairs of the United Nations
(November, 2021) 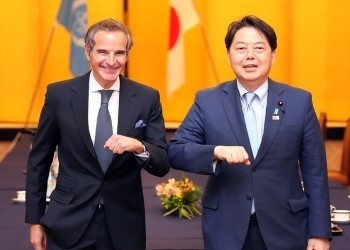 JAPAN'S EFFORTS ON DISARMAMENT AND NON-PROLIFERATION

As the only country to have suffered atomic bombings, Japan has been leading the international discussion on disarmament and non-proliferation. Japan has been promoting real change by calling on all nuclear weapon states to take measures toward nuclear disarmament while increasing transparency in military armaments.

Japan's Efforts on Disarmament and Non-proliferation