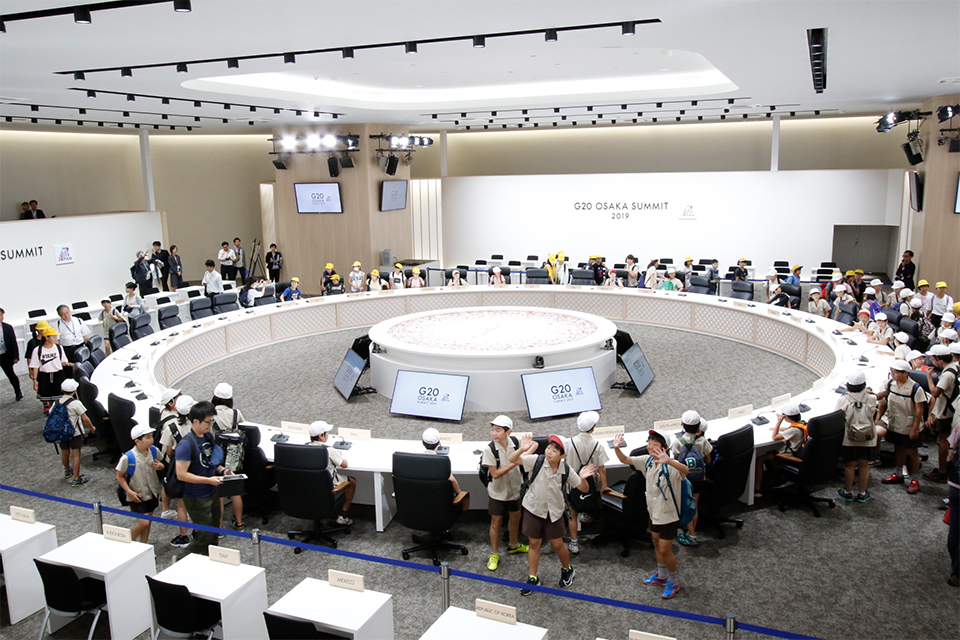 After the G20 Osaka Summit on June 28 and 29 (Friday/Saturday) which was Japan's first opportunity to hold the G20 presidency, "The Post-Summit Public Viewing Event" held on July 2 and 3 (Tuesday/Wednesday) opened venue areas such as the Plenary Room and entrance hall to some 2,000 visitors, including elementary and middle school students from Osaka's Suminoe Ward along with people who reside or work in the city.

Osaka City Vice-Mayor Toru Takahashi and Naoki Ida, Assistant Secretary-General for the G20 Osaka Summit from the Ministry of Foreign Affairs of Japan, greeted participants in the opening ceremony attended by sixth-grade pupils from Hirabayashi and Kagaya Elementary Schools in Suminoe Ward.

Vice-Mayor Takahashi expressed his gratitude to the students, saying, "I realize you may have been inconvenienced during the event, but the Summit was a success thanks to your understanding and cooperation." He went on to explain that "News about the Summit was reported globally, sharing Osaka's culture, history, and cuisine with people around the world." Mr. Takahashi concluded by sharing the successful results of the Summit. "The Osaka Track and Osaka Blue Ocean Vision were adopted at this event, yielding an outstanding outcome which will firmly establish Osaka in the minds of people worldwide."

Assistant Secretary-General Ida encouraged Japan's future adults by saying, "Japan's next opportunity to chair this event will be in 20 years. By that time, I trust that you will all have developed into wonderful adults, ready and able to support Japan. Today, I hope you will keenly observe your surroundings, feel the energy of the Summit, and then allow the experience to be imprinted firmly in your memory." 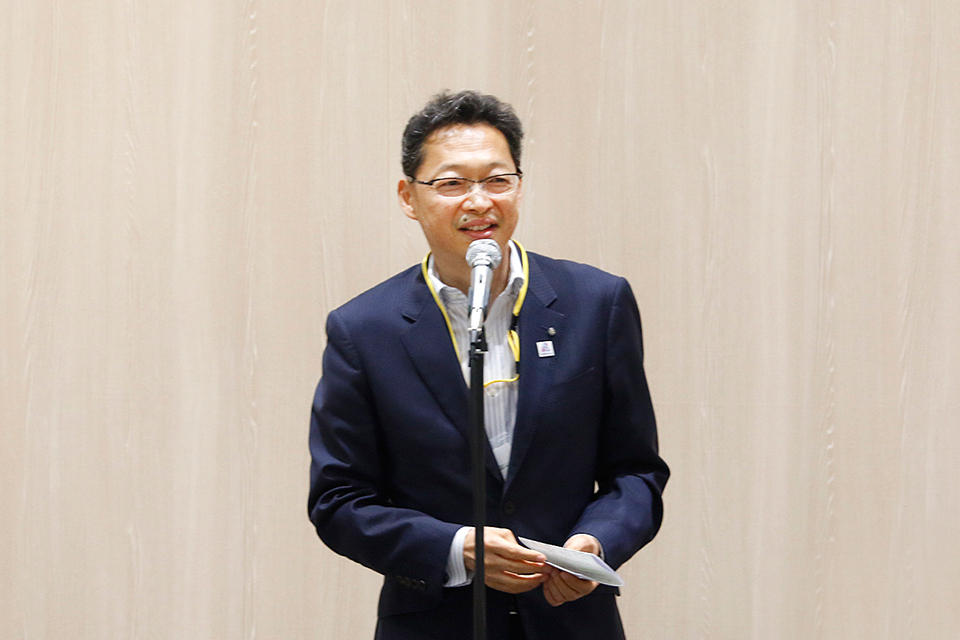 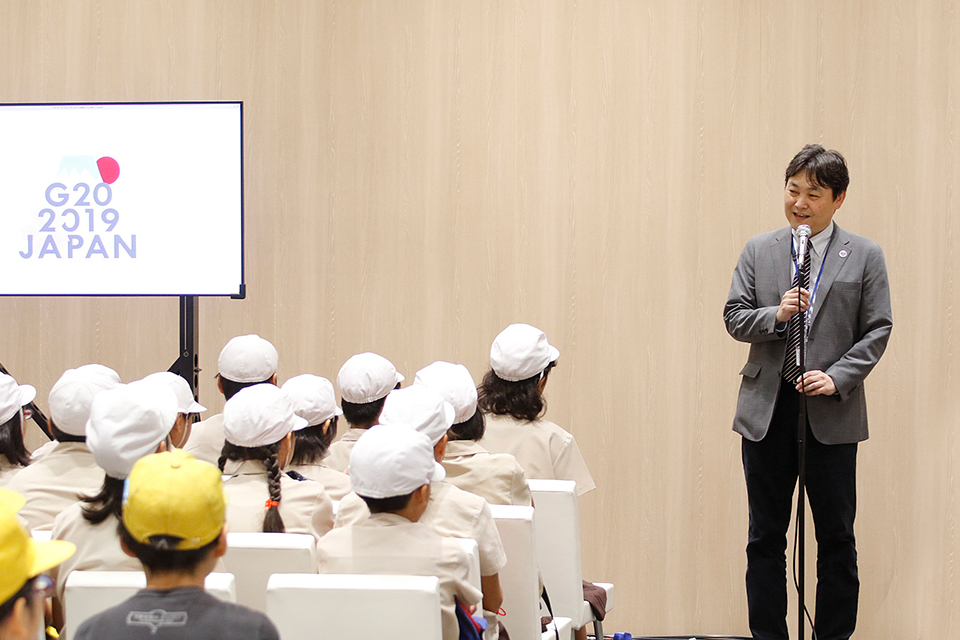 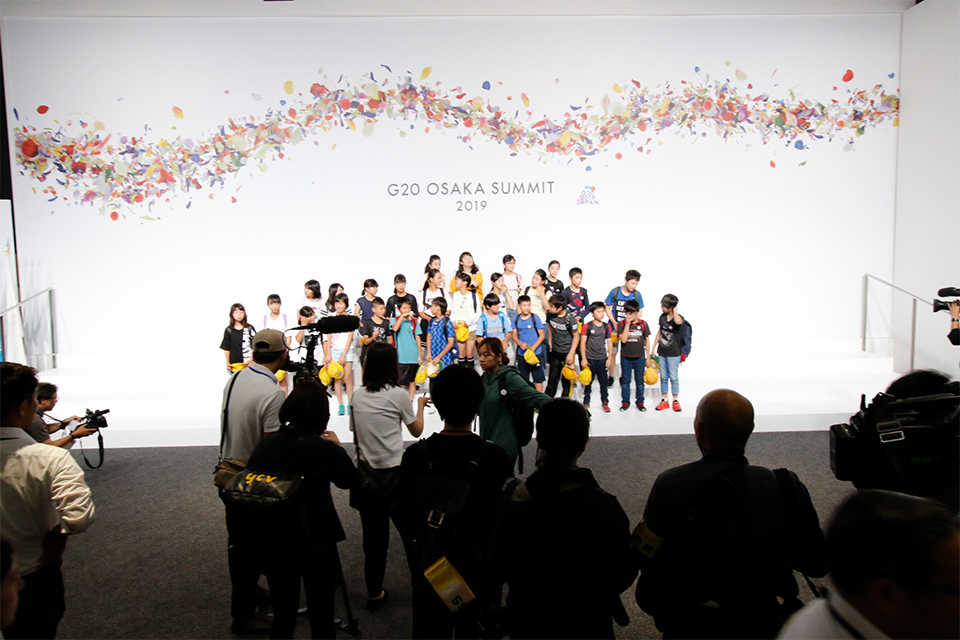 Related Events 02 Experiencing the hometown venue of the Osaka Summit

Visitors were excited to compare the actual Plenary Room with photos taken in it during the Summit, sitting in chairs where the global leaders sat and experiencing the G20 atmosphere firsthand. Commemorative pictures were also taken in front of the G20 leaders' family photo stand. Participating schoolchildren offered various comments, such as: "It was awesome to enter the actual Summit venue," "It was fun sitting in the UK Prime Minister's seat," and "I could really feel that global leaders had visited my own neighborhood."

Local residents participating in the public viewing, meanwhile, provided comments such as: "It's amazing that Osaka hosted an event of this magnitude," and "I never dreamed that I could visit the actual Plenary Room myself."

The Public Viewing Event closely followed the G20 Osaka Summit, with media reports and newspaper articles fresh in everyone's minds, making the opportunity to step into the Plenary Room all the more thrilling. Visiting the Summit Venue reminded the participants-who represented varying age groups-of the significance of having an international event of this scale and importance hosted by their own hometown of Osaka. 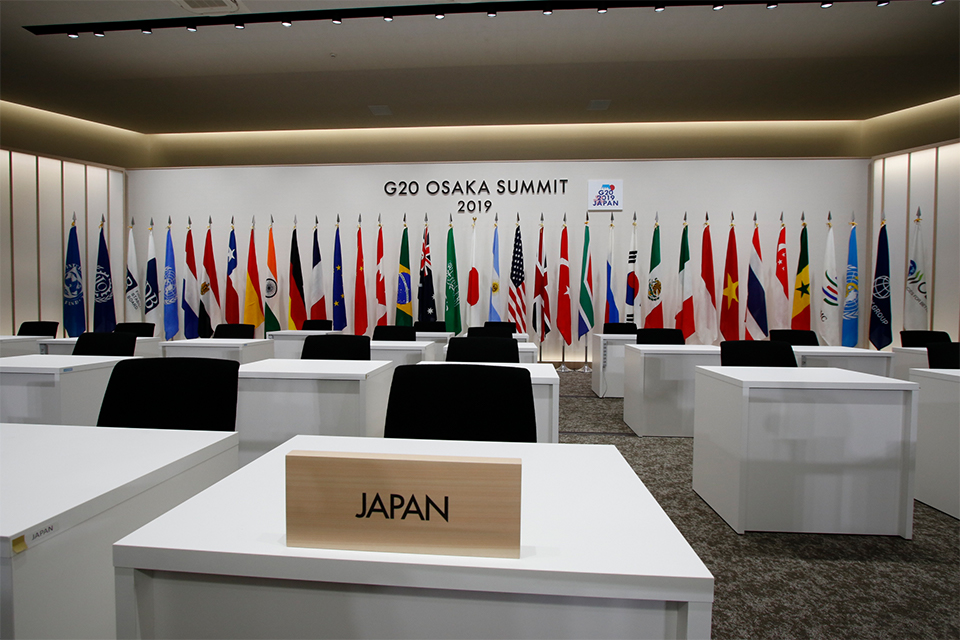 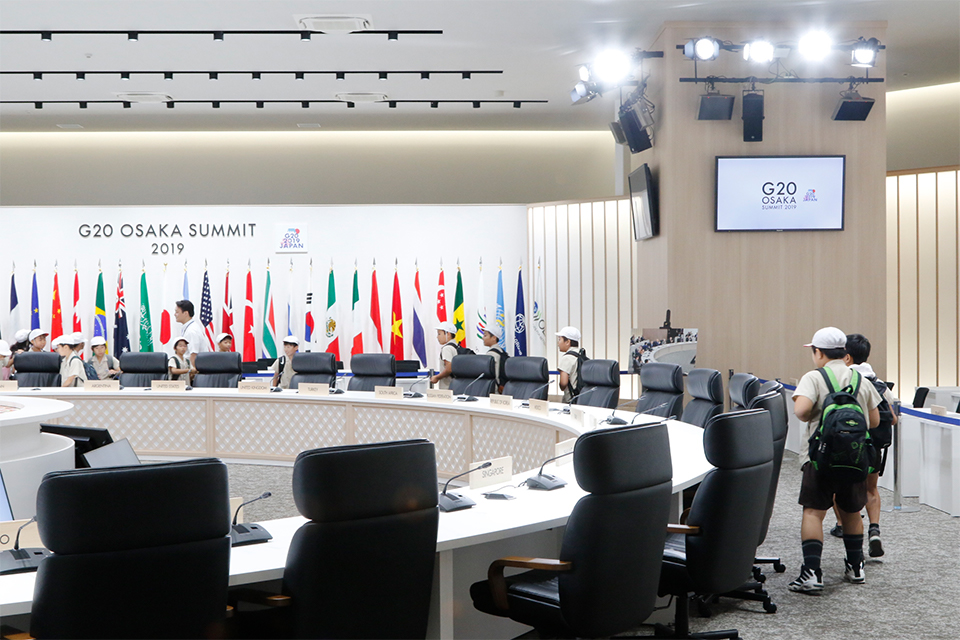