The Ministry of Foreign Affairs (MOFA) organizes the MOFA “Dialogue with Students” seminar for students with interest in global issues. These seminars provide valuable opportunities for students to interact with MOFA Officials who are working at the forefront of foreign diplomacy, learn about their responsibilities, and gain insight into foreign affairs.

The ministry held the MOFA “Dialogue with Students” seminar on February 7, 2019, where many student participants had active discussions on the G20 Osaka Summit. 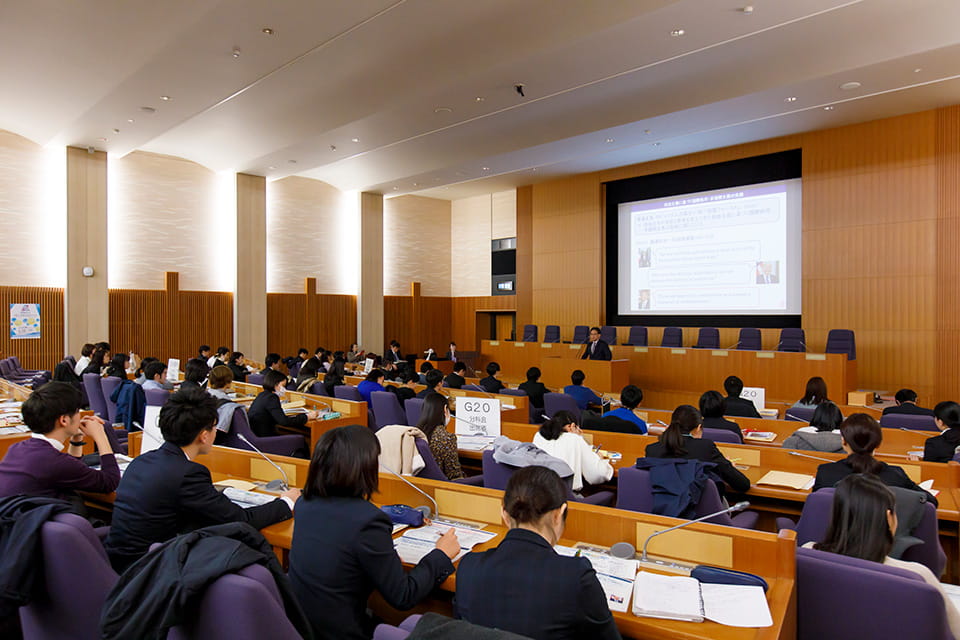 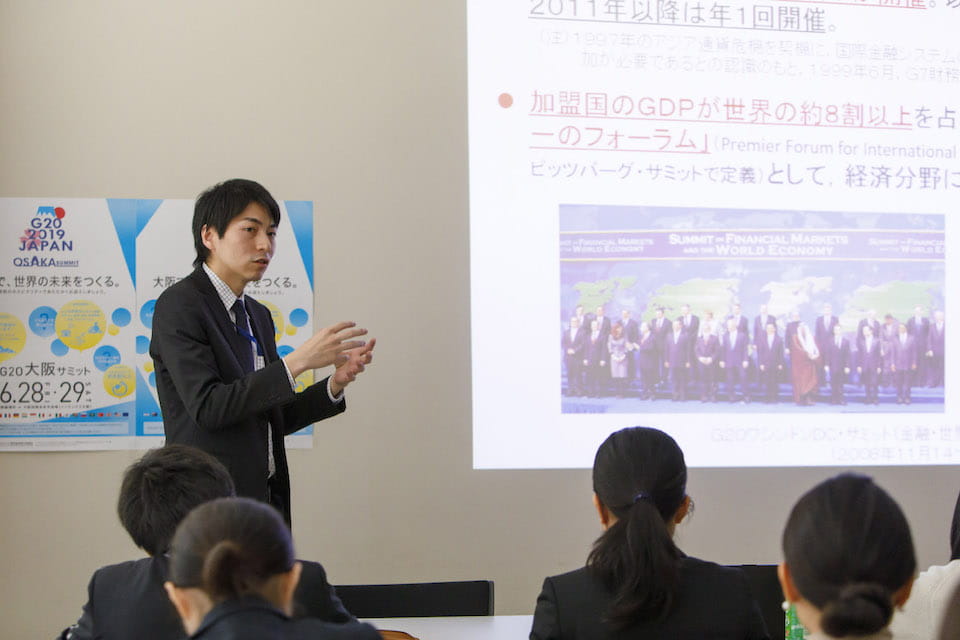 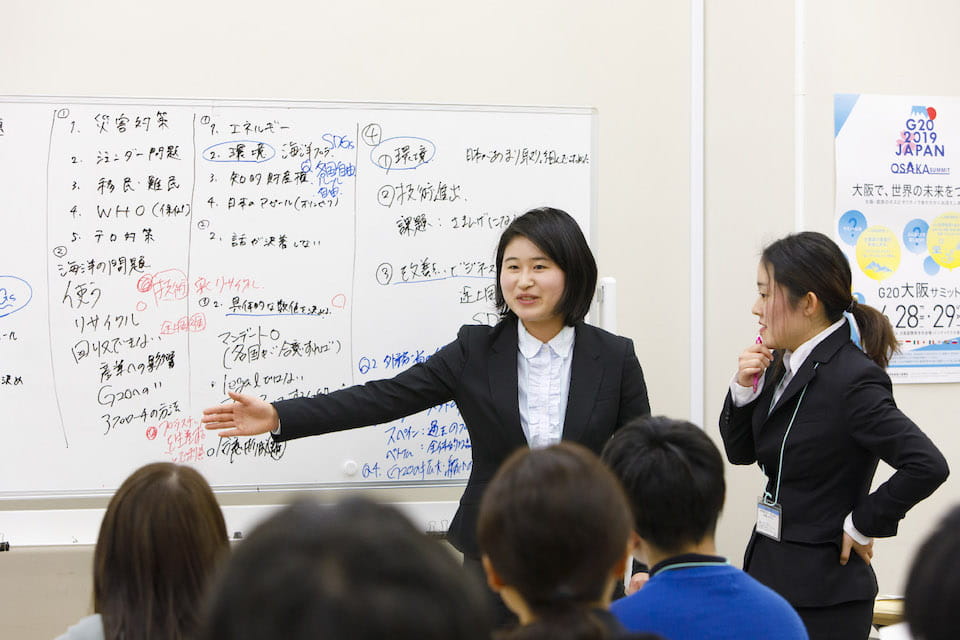 Following the keynote speech, a break-out session on the G20 Osaka Summit was held. An introduction on the role and significance of the G20 Summit was made by a Foreign Ministry Official who is a member of the G20 Summit Office. 30 students were then split into four groups and took active part in a student-led discussion on what they think should be the priority for the G20 Osaka Summit.

The students filled a whiteboard with points from their lively exchange of opinions on possible agenda items for the G20 Summit such as environmental issues, migration and displacement issues, counterterrorism and intellectual property rights. During their debate, students raised various questions towards Ministry Officials, such as the role of the Ministry of Foreign Affairs in the G20 Summit, pointing out that the G20 Summit focuses on economic issues rather than foreign affairs. 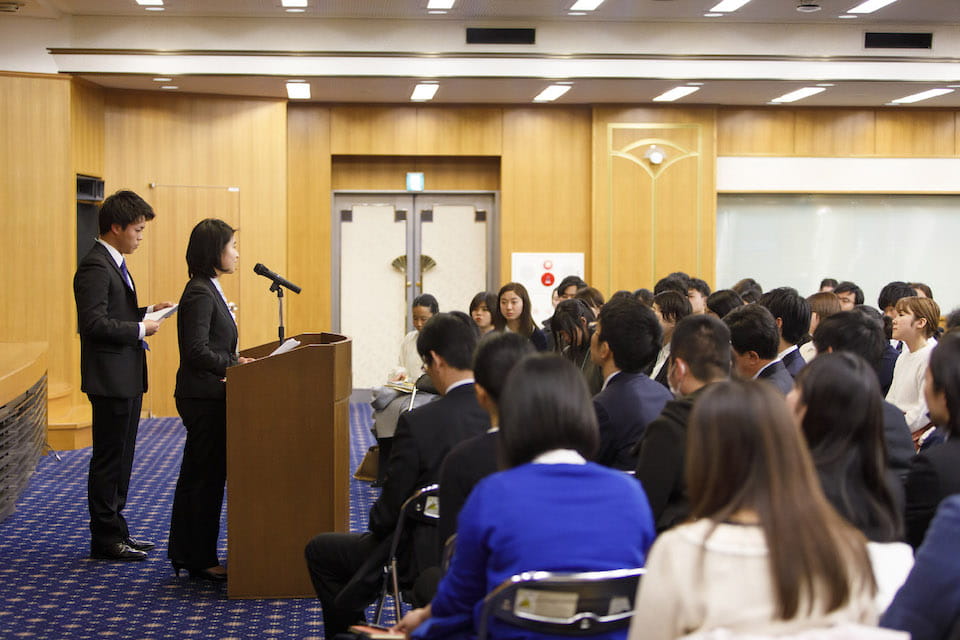 All participants then moved to a new venue for a debriefing session, where each team presented their thoughts on possible ”Top Agenda Items” for the G20 Osaka Summit. Students selected environmental issues as the top priority. Many students were interested in the issue of marine plastic litter. Students suggested that focus should be placed on “Recycling” more than “Reducing,” taking into account that plastic manufacturing enables development in emerging countries. They proposed that Japan should take action and contribute by sharing its recycling technology to the world.

Within a limited time frame, students debated possible agenda items from the perspective of both Japan (G20 presidency) and participating members. Student sectional leaders and sub-leaders then presented the results of each discussion. 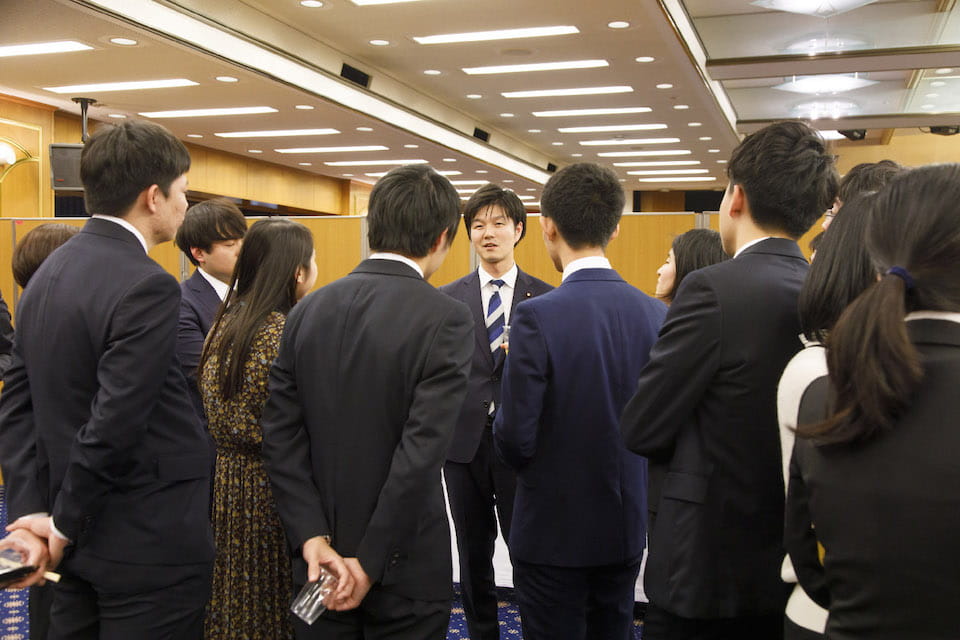 At the social gathering, many students were seen enthusiastically asking questions to Parliamentary Vice-Minister for Foreign Affairs Norikazu Suzuki and other Ministry Officials. One of the Officials who spoke to the students at the break-out session on the G20 Summit commented that, “It was a good opportunity for students to proactively think about the G20 Summit. I hope students will remember this experience and be able to compare today’s discussions with what the Japanese government delivers at the G20 Osaka Summit in June.” 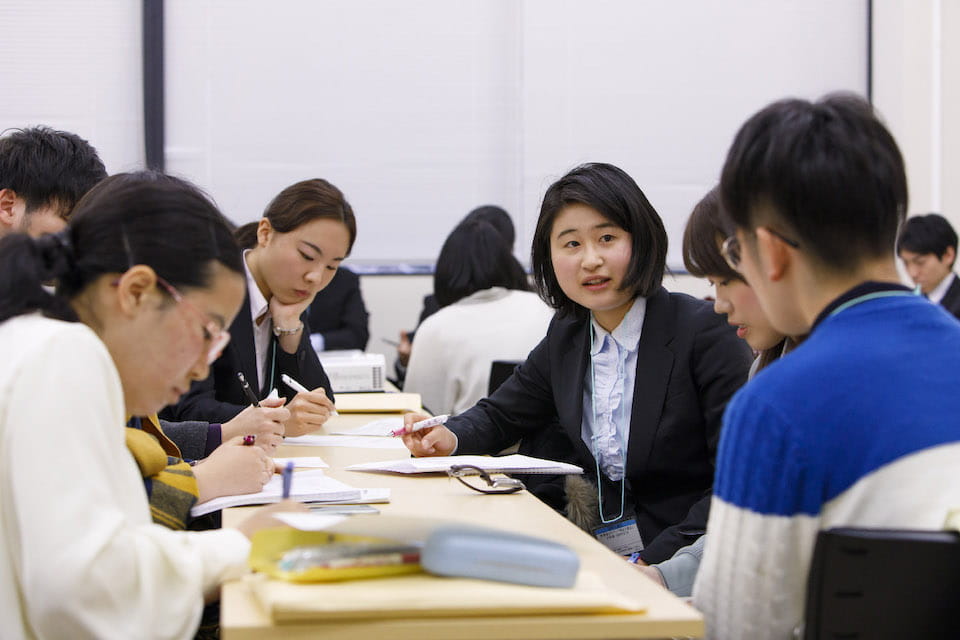 Ms. Kondo, a university student who took on the role of sectional leader during the break-out session, found the event very valuable, saying, “I participated to reconsider multilateralism, which is currently on shaky ground. It was a challenge to grapple with such a wide-ranging theme during the discussion on possible G20 agenda items. I again realized the importance of considering the perspective of other countries and not only pursuing their own national interests. Japan’s G20 presidency should have significant impact on the international community as Japan is a country that has continuously built trust with the world.” 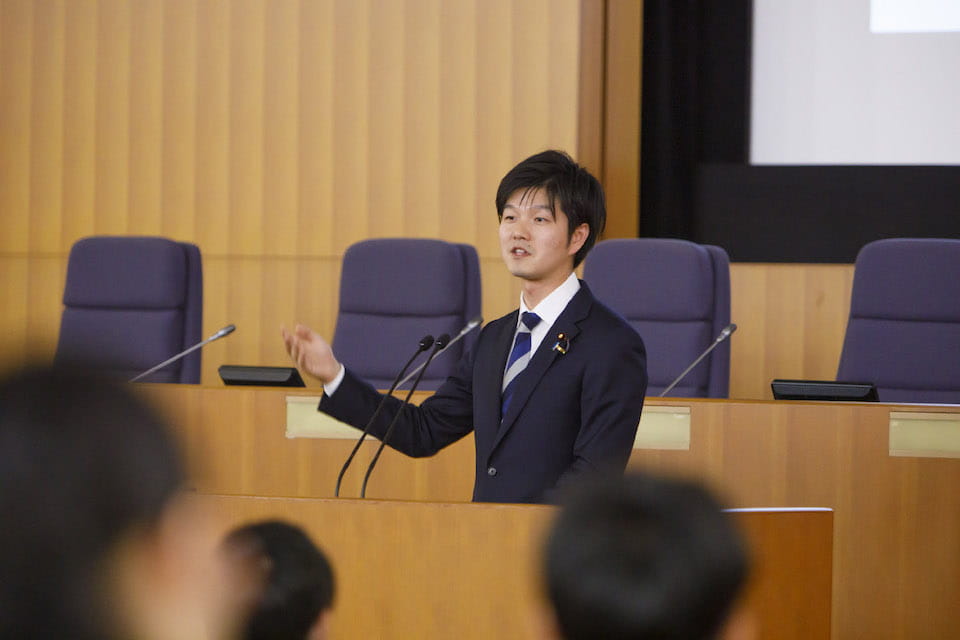 The seminar started with opening remarks from Parliamentary Vice-Minister for Foreign Affairs Norikazu Suzuki followed by a keynote lecture by Shu Kawano, Director of the Policy Planning Division in the Ministry of Foreign Affairs (MOFA). A MOFA Official from the Human Resources Department then shared their experiences working in the Foreign Ministry, touching on the turbulent state of the world and the role of diplomats. Students listened to the shared stories with great interest throughout the event.