The Second Sherpa Meeting of the G20 Osaka Summit was held on April 30 to May 1, 2019 in Yokohama, Japan. G20 Sherpas met during a historical moment in Japan as the imperial succession took place on May 1, marking the start of a new imperial era -April 30 was the very last day of the 30-year long "Heisei Era", and May 1 the start of the new "Reiwa Era"- and Sherpas were able to share a very special moment together. 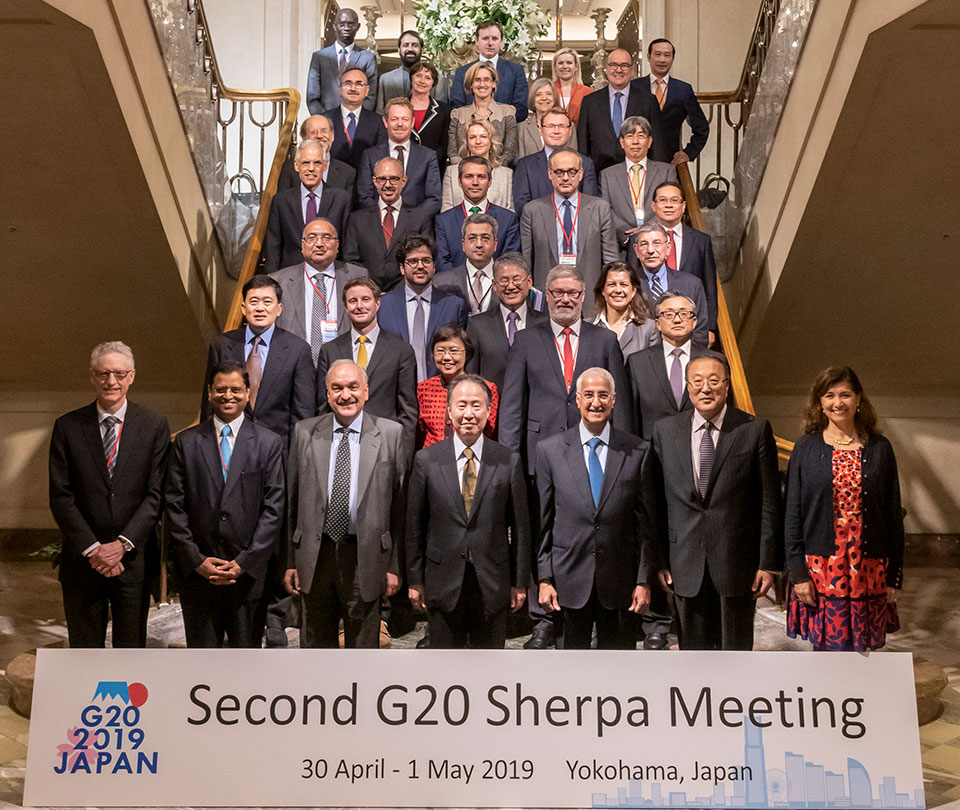 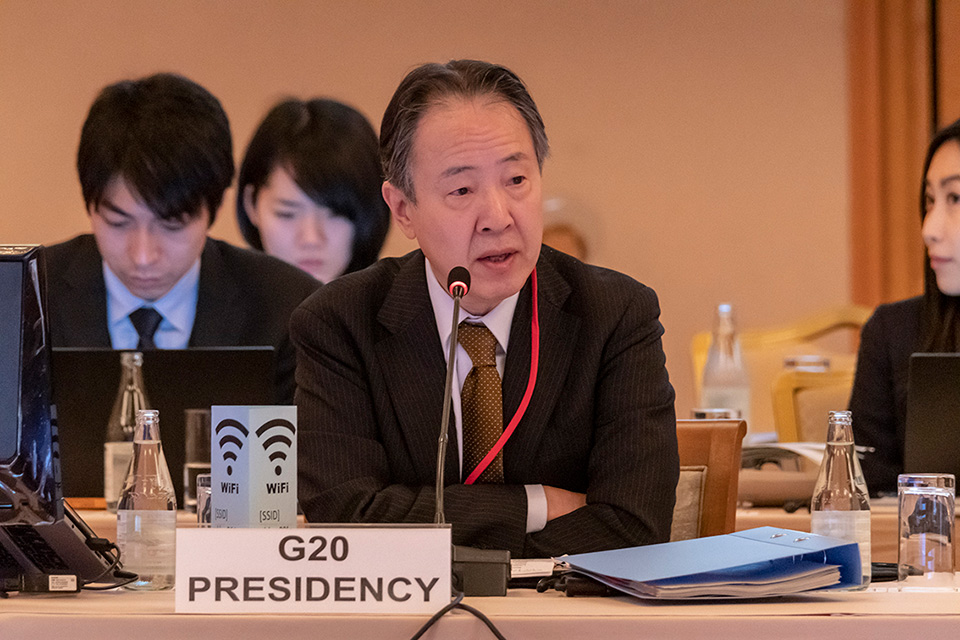 Progress from the First Sherpa Meeting were shared among Sherpas as the continued discussions were made on the agenda items for the G20 Osaka Summit. 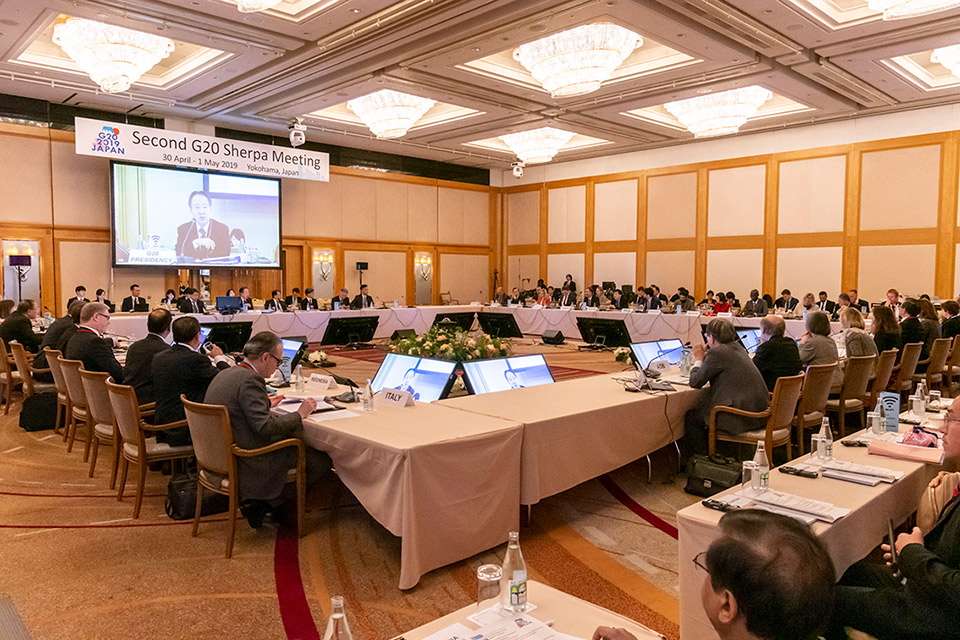 Through discussion at the G20 Osaka Summit, Japan is determined to lead global economic growth by promoting free trade and innovation while working towards achieving both economic growth and reduction of disparities, to create a society where all actors including women and the elderly are actively engaged. 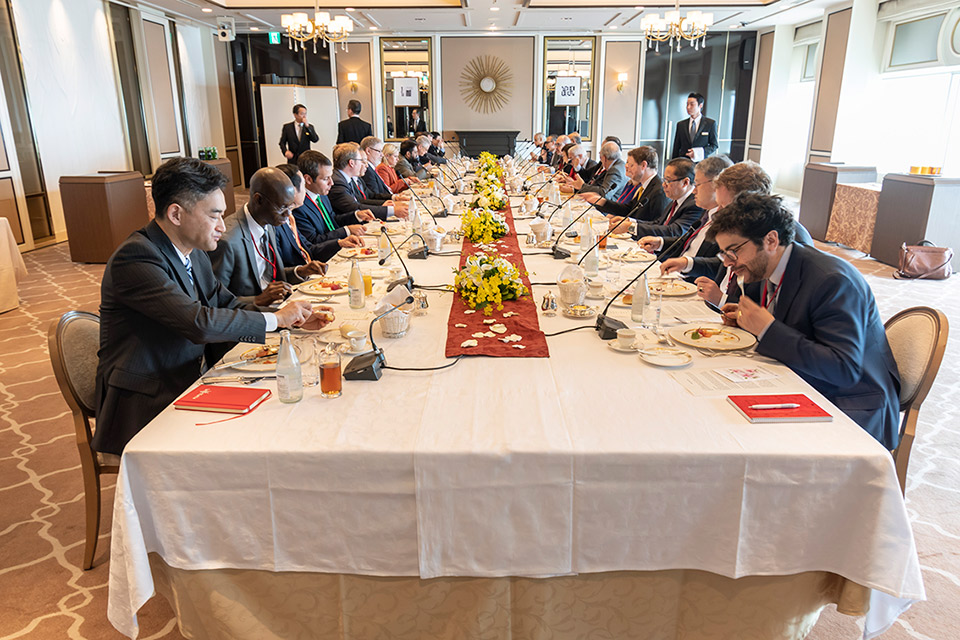 Further, efforts towards achieving an inclusive and sustainable world through contributions to development and global issues will be discussed. The Second Sherpa Meeting was effective in making progress towards achieving these goals and the success of the G20 Osaka Summit. 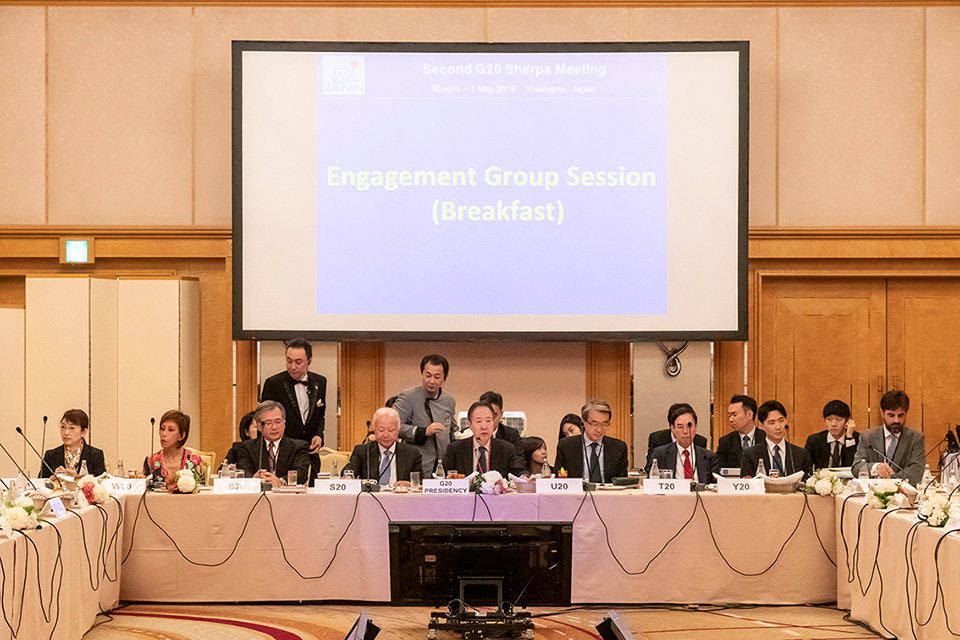 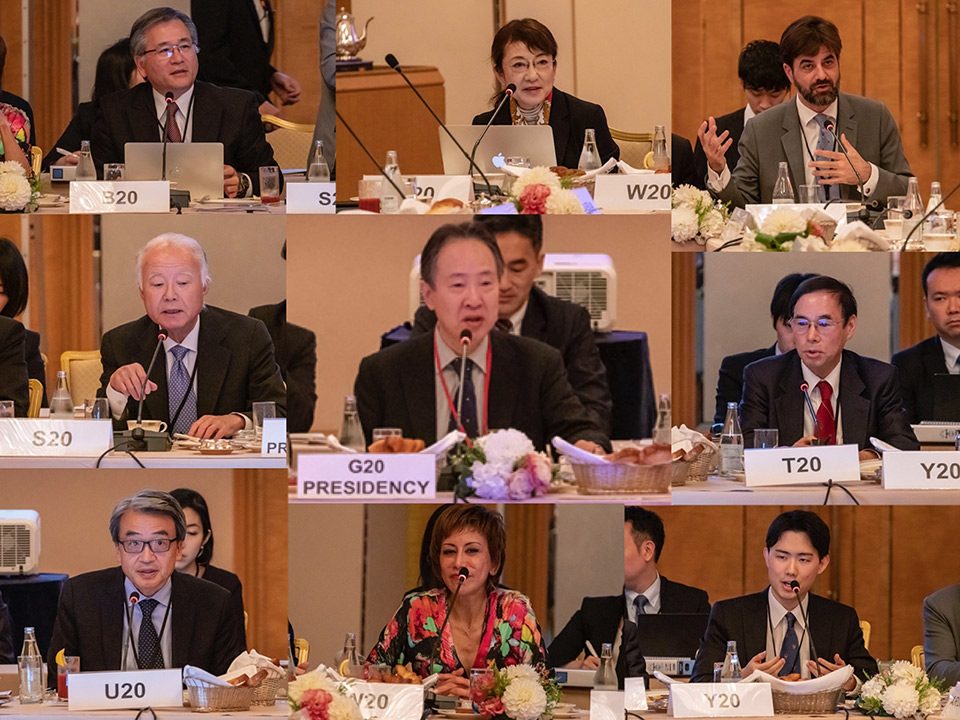 Policy recommendations were made from the different perspectives represented by each group and Sherpas were able to give direct feedback. 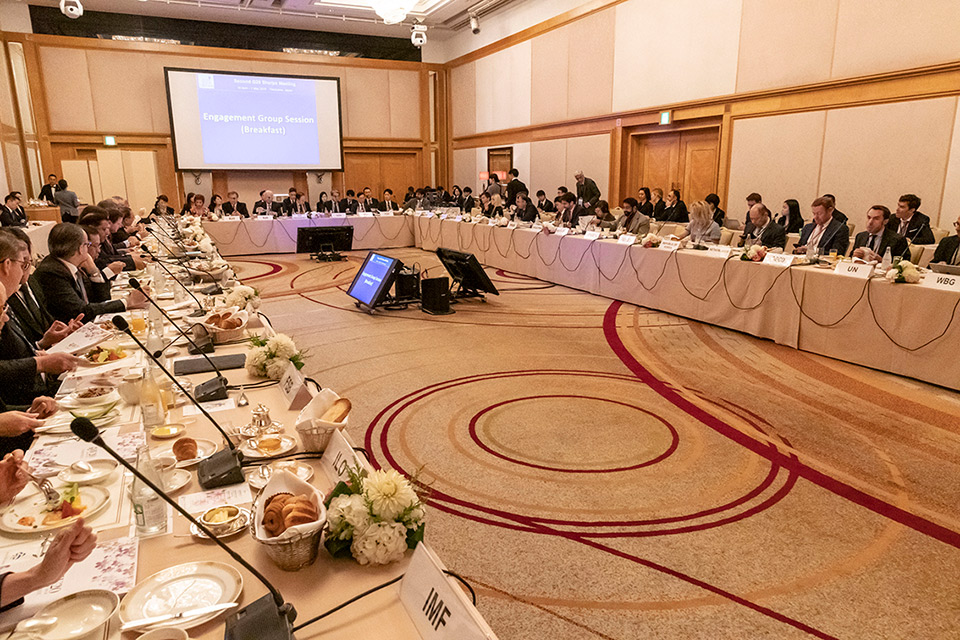 The valuable inputs from the Engagement Groups will be taken into consideration as the Sherpas prepare for the G20 Osaka Summit.