Japan’s Orientation as a Peace-loving Nation

Japan has consistently followed the path of a peace-loving nation since the end of World War II, and has been achieving peace and stability in the Asia-Pacific region and the international community. Japan’s security policy is grounded on this path.

Development cooperation based on the guiding principle of human security 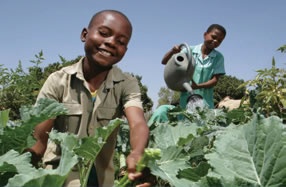 Based on the principle of human security, Japan is providing development assistance cooperation typical of Japan including efforts to achieve the Millennium Development Goals (MDGs). This cooperation has contributed to many Asian countries in achieving stability, economic growth and democracy. 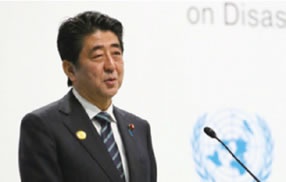 Japan has been proactively addressing a wide variety of global issues, including poverty, climate change, global environmental issues, disaster risk reduction, water and sanitation, health, education, agriculture, and women’s issues. Also, Japan has been contributing to the peace and prosperity of the region and the international community by taking a leadership in international rule-making and assisting capacity building of developing countries.

Efforts in nuclear disarmament and non-proliferation 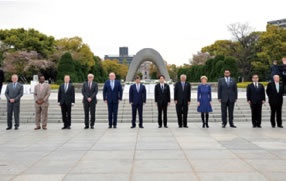 The 8th NPDI Ministerial Meeting in April 2014 (Hiroshima): Offering prayers and flowers at the Memorial Cenotaph for the Atomic Bomb Victims at the Hiroshima Peace Memorial Park.

With the aim to achieve the goal of “a world free of nuclear weapons”, Japan is taking an initiative in debate on nuclear disarmament and non-proliferation in the international community. Japan leads the Non-Proliferation and Disarmament Initiative (NPDI), has submitted draft resolutions on nuclear disarmament to the UN General Assembly, and is lobbying for the entry into force of the Comprehensive Nuclear-Test-Ban Treaty (CTBT). Japan is also performing a crucial role in the fields of nuclear security and conventional weapons control including small arms and light weapons.

Contributions by the Self-Defense Forces (SDF) 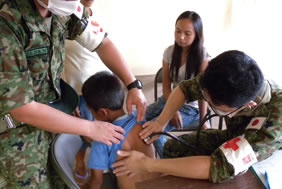 The Japan SDF has been making a variety of contributions to ensure peace of the international community since it carried out minesweeping operations in the Persian Gulf in 1991.

Japan’s participation in UN peacekeeping operations (PKOs), international disaster relief activities, replenishment support activities in the Indian Ocean, and humanitarian and reconstruction assistance in Iraq are among the examples. In recent years, the SDF carried out anti-piracy activities in the Gulf of Aden and relief efforts at the time of the typhoon in the Philippines in 2013 involving approximately 1,100 SDF personnel, which have earned the SDF the trust of the international community.