Q1. What is the abductions issue?

In the 1970s and 1980s, many Japanese were abducted by North Korea against their will. ("Abducted” means they were taken against their will.)
North Korea had denied for a long time that it had abducted Japanese citizens. At the Japan-North Korea summit meeting held in September 2002, however, North Korea’s leader Kim Jong-Il, then Chairman of the National Defense Commission, admitted for the first time the abduction of Japanese people and apologized to then Prime Minister KOIZUMI Junichiro. But only five of the abductees have returned to Japan.
The GoJ still strongly demands that North Korea immediately return home all of the other abductees.

[note] An inclusive term for the hijackers who hijacked Japan Airlines Flight 351 (commonly known as the “Yodo-go") on March 31, 1970, and their family members.

Q3. Is North Korea making a false statement in claiming that abductions issue “has already been resolved"?

North Korea has been claiming that it has already returned all the surviving abductees and that the remaining abductees have either died or never entered its territory, and hence that the abductions issue has already been resolved.
North Korea, however, has only provided extremely unnatural and thoroughly unconvincing evidence of the “death” of abductees.
During the Japan-North Korea Intergovernmental Consultations held in May 2014, North Korea agreed to conduct a comprehensive and full-scale probe into all the abducted Japanese citizens and resolve the abductions issue and other issues with Japan. The GoJ will continue to do everything in its power to realize the return of all the abductees.

Q4. How many Japanese people were abducted by North Korea?

17 are identified by the GoJ as victims of abduction by North Korea. Of those, five have returned to Japan, but 12 abductees still have not returned home. In addition, it has also been revealed that two young Korean domicile children were abducted from Japan.
Moreover there are many other missing Japanese people for whom the possibility of abduction cannot be ruled out [note]. The GoJ has been urging North Korea to return all the abductees, regardless of whether they are officially identified as such, back to Japan immediately.

[note] The GoJ is continuing information gathering, investigations and inquiries both in Japan and overseas about the missing 875 persons (as of October 2020) for whom the possibility of abduction cannot be ruled out.

Q5. Why are there abductees who cannot come back to Japan although North Korea has admitted their abduction?

It is suspected that North Korea considers it risky that inconvenient facts about the country such as committing espionage will be revealed by returning the abductees to Japan.
For instance, former North Korean agent Kim Hyon-Hui passed herself as Japanese and blew up an airplane of the ROK in November 1987. Kim Hyon-Hui gave testimony that she learned Japanese from an abductee (Ms. TAGUCHI Yaeko). In the meantime, North Korea has not admitted to having been involved in this incident, and has not returned Ms. TAGUCHI back to Japan for fear that the truth will be revealed if she returns.

Q6. When can we say that the abductions issue is resolved?

It is necessary to achieve the following three items for the resolution of the abductions issue:

Q7. What actions is the GoJ taking to resolve the abductions issue?

The GoJ has been strongly demanding North Korea to take actions to resolve the abductions issue, and implementing various measures on North Korea such as bans on imports from and exports to North Korea.
By taking the opportunities of bilateral talks and international conferences, the GoJ is seeking the understanding and cooperation of other countries on the abductions issue.
In addition, the GoJ is gathering information on the abductees, and conducting investigations and inquiries about the missing Japanese people for whom the possibility of abduction cannot be ruled out.

Q8. What kind of negotiation policy is the GoJ following against North Korea in order to resolve the abductions issue?

In accordance with the Japan-DPRK Pyongyang Declaration, the GoJ’s policy towards North Korea is the comprehensive resolution of the outstanding issues of concern such as the abductions, nuclear and missile issues.
As regards the GoJ’s future efforts to resolve the abductions issue, the GoJ intends to continue to demand North Korea to fulfill the Stockholm Agreement and will take every measure to achieve the immediate return of all abductees.

Q9. How does the international community see the abductions issue?

According to the final report published by the Commission of Inquiry (COI) on Human Rights in the DPRK in February 2014, victims of abduction by North Korea are not only from Japan but also from other countries including the ROK, Lebanon, Thailand, Malaysia, Singapore, Romania, France, Italy, the Netherlands, and China.
The abductions issue is a human rights issue that should be raised by countries around the world, regardless of whether their people have been abducted. The international community demands that North Korea resolve the abductions issue immediately, as is evident from the adoption, by majority vote, of a resolution based on the report by the COI at the UN General Assembly in December 2014 and the annual adoptions of Resolutions on the Situation of Human Rights in the DPRK by the UN General Assembly and the Human Rights Council.

Q10. What can we as Japanese citizens do for the resolution of the abductions issue? 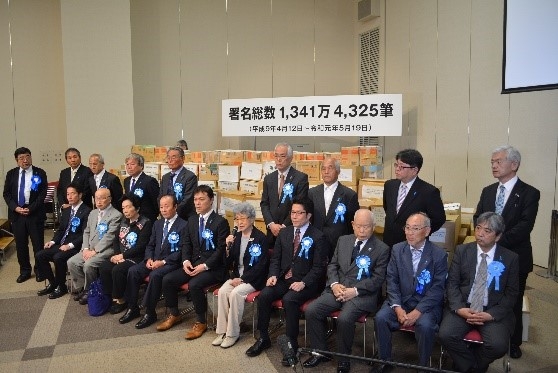