Efforts by the International Community

In order to resolve the abductions issue, it is essential for Japan not only to proactively urge North Korea, but also to gain support and cooperation from other countries regarding the importance of resolving the abductions issue. Therefore, the GoJ has raised the issue at every diplomatic opportunity. It is known that there are also many ROK people who were abducted by North Korea. Testimony from returned Japanese abductees and others has further revealed that there are people from Thailand, Romania, and Lebanon who may have been abducted by North Korea. It has also been said, according to the testimony from abductees of the ROK who have returned from North Korea and from others, that Chinese and other nationals have also been abducted.

As detailed above, abduction by North Korea constitutes a universal issue among the international community as a violation of fundamental human rights.

Mr. Abe, Prime Minister of Japan, during a speech at the General Debate Session in the UN General Assembly (September 2018) 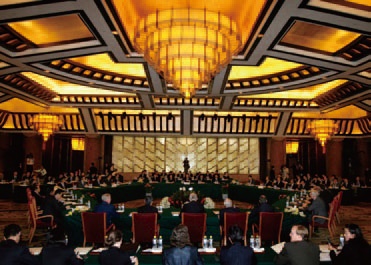 At the Six-Party Talks held in October 2007, it was reaffirmed in another outcome document that "the DPRK and Japan will make a sincere effort to normalize relations expeditiously in accordance with the Pyongyang Declaration, on the basis of the settlement of 'the unfortunate past' and the outstanding issues of concern," and that "the DPRK and Japan have committed themselves to taking specific actions towards this end through intensive consultations between them." There is no doubt that the abductions issue is included in the "outstanding issues of concern."

For example, at the G7 Charlevoix Summit in June 2018, Prime Minister Abe called for understanding and cooperation toward an immediate resolution of the abductions issue, and secured support from the G7 leaders and clear reference of the issue in the Summit's communique. In addition, Prime Minister Abe again called for the understanding and cooperation of every nation in the return of all abductees at the General Debate Session of the United Nations General Assembly in September of the same year.

The Japan-China-ROK Trilateral Summit (May 2018)

North Korea by the U.S. Secretary of State Mike Pompeo. In addition, the ROK has also been raising the abductions issue with North Korea on successive occasions, including the Inter-Korean Summit in April 2018.

In September 2016, a resolution was adopted during the regular session of the US House of Representatives which urged the United States Government to coordinate with the governments of Japan, China, and ROK to investigate the matter of a US citizen possibly abducted by North Korea. In March 2017, an identical resolution was submitted to the US Senate, and was approved in February 2018 by the US Senate Committee on Foreign Relations. The GoJ intends to continue to maintain a close watch on the attitudes of the United States Congress.