Recognition of Takeshima in Japan

The group of islands currently called Takeshima was once known as “Matsushima,” and the island now called Utsuryo Island used to be known as “Takeshima” or “Isotakeshima.” (Fig. 1) Although the names of Takeshima and Utsuryo Island were temporarily confused due to errors in the charting of Utsuryo Island by European explorers and others, it can be confirmed from a variety of maps and documents that Japan has long recognized the existence of “Takeshima” and “Matsushima.”. For example, on many maps, including the Kaisei Nippon Yochi Rotei Zenzu (Revised Complete Map of Japanese Lands and Roads – first published in 1779 by Nagakubo Sekisui), which is the most prominent published cartographic projection of Japan, the locations of Utsuryo Island and Takeshima are accurately recorded at their current positions between the Korean Peninsula and the Oki Islands. 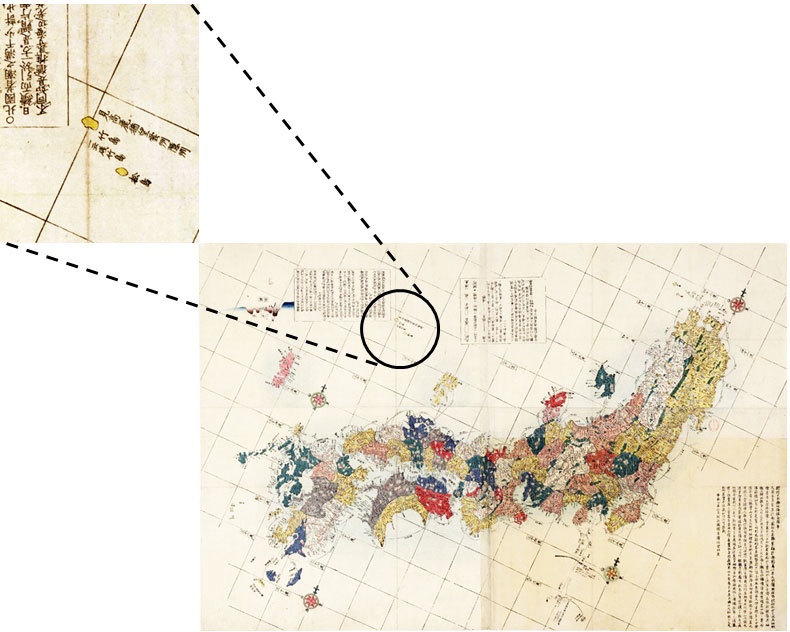 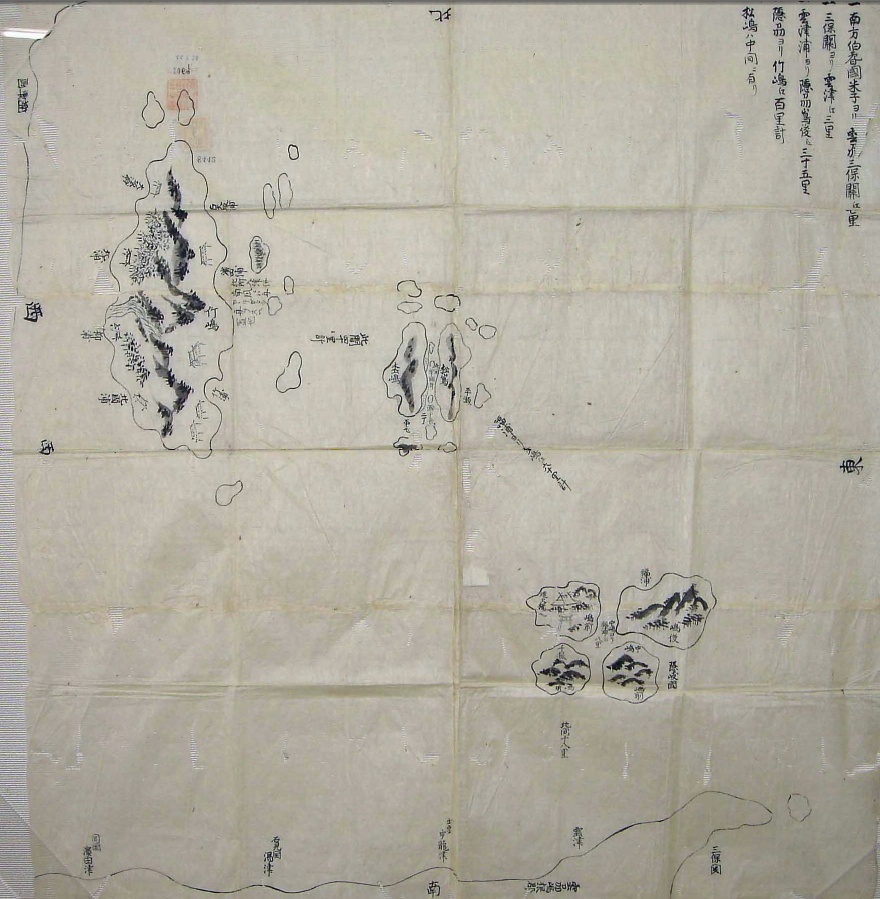 A doctor named Philipp Franz von Siebold, who had been based on the island of Dejima in Nagasaki, created a “Map of Japan” (1840) in Europe. He had learned from various Japanese documents and maps that two groups of islands which were, from the west, “Takeshima” (the current Utsuryo Island) and “Matsushima” (the current Takeshima), were located between the Oki Islands and the Korean Peninsula. At the same time, he also knew that there were two groups of islands named, from the west, “Argonaut” and “Dagelet” on European maps. Consequently, Siebold listed “Argonaut” as “Takashima” and “Dagelet” as “Matsushima” on his map. (Fig. 2) This caused further confusion by giving a different name, “Matsushima,” to Utsuryo Island, which had consistently been called “Takeshima” or “Isotakeshima.” until then.

In this way, Utsuryo Island came to be called “Matsushima,” which raised the question of what to call the current Takeshima. To resolve this issue, the Japanese Government, while taking into account the opinion of Shimane Prefecture, changed the traditional names, officially naming the current Takeshima as such in 1905.

Recognition of Takeshima in Korea

There is no evidence indicating that the ROK has long recognized the existence of Takeshima. For example, the ROK claims that, based on descriptions in old Korean texts including the “Samguksagi” (History of the Three Kingdoms: 1145), “Sejong Sillok, Jiriji” (Geographical Appendix to the Veritable Records of King Sejong: 1454), “Sinjeung Dongguk Yeoji Seungnam” (Revised and Augmented Edition of the Survey of the Geography of Korea: 1531), “Dongguk Munheon Bigo” (Reference Compilation of Documents on Korea: 1770), “Man'gi Yoram” (Manual of State Affairs for the Monarch: 1808) and “Jeungbo Munheon Bigo” (Revised and Augmented Reference Compilation of Documents on Korea: 1908), Koreans had long been aware of the existence of the two islands of Utsuryo and Usan, and that this “Usan Island” is the current Takeshima.

However, whereas the “History of the Three Kingdoms” contains a description of Utsuryo Island, which belonged to Usan Country, becoming a part of Silla in 512, there is no mention of “Usan Island.” Meanwhile, in other ancient Korean documents, “Usan Island” is described as a place where many people lived and large bamboo plants were cultivated, which does not represent the realities of Takeshima and sounds more like Utsuryo Island.

The ROK claims that “Usan Island” is Dokdo (the Korean name for Takeshima) based on the description that includes “Usan Island is what the Japanese called Matsushima” in “Yeojiji” (Record of Geography: 1656) cited in the “Reference Compilation of Documents on Korea,” “Manual of State Affairs for the Monarch” and “Manual of State Affairs for the Monarch.” On the other hand, there are more critical studies pointing out that the original text in  the “Record of Geography” indicates that “Usan Island” and “Utsuryo Island” refer to exactly the same island and that the description in documents such as the “Reference Compilation of Documents on Korea” do not directly or accurately quote from the “Record of Geography.” Such studies point out that the descriptions in those documents were copied from “Ganggyego” (Study of National Boundaries: 1756) which had uncritically cited a less reliable statement by a man called Ahn Yong-bok.