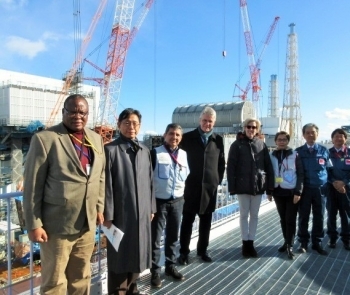 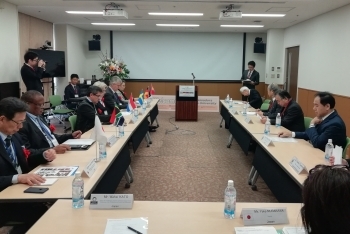 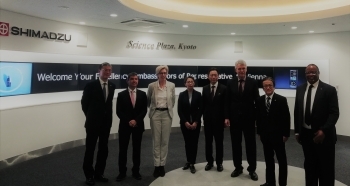 1. Five Governors (Mongolia, Germany, Sweden, Paraguay, South Africa) of the International Atomic Energy Agency (IAEA) visited Japan from February 16 to 22 at the invitation of the Ministry of Foreign Affairs.

2. This invitation is one of Japan’s continued efforts to further promote the international community’s understanding of peaceful uses of nuclear energy in Japan, namely in the field of health care and medical applications of radiation as well as Japan’s efforts following the accident at the TEPCO’s Fukushima Daiichi Nuclear Power Station.

3. The delegation paid a courtesy call on Parliamentary Vice-Minister for Foreign Affairs Asako Omi on 17 February and exchanged views with several experts related to the peaceful uses of nuclear energy. The delegation also visited the following institutions.

(3) Shimadzu Corporation (Memorandum of Cooperation was signed between Shimadzu and the IAEA in October 2017 and its mass spectrometry equipment was donated to the IAEA Laboratories in Seibersdorf).

In addition, the delegation visited the TEPCO’s Fukushima Daiichi Nuclear Power Station and the TEPCO Decommissioning Archive Center and observed Japan’s efforts in the decommission of the reactors and contaminated water management on site.