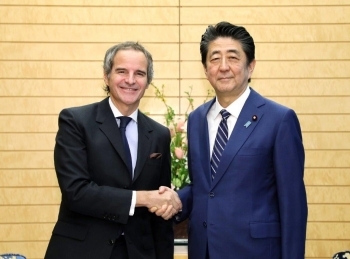 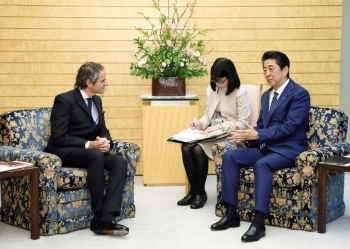 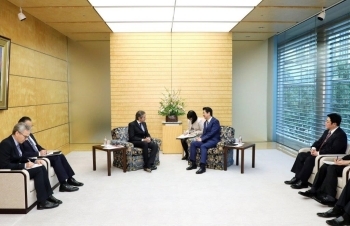 On February 25th, commencing at around 2:20 p.m. for approximately 25 minutes, the Prime Minister Abe Shinzo received a courtesy call from H.E. Mr.Rafael Mariano Grossi, Director General of the International Atomic Energy Agency (IAEA). The overview of the meeting is as follows:

2. Prime Minister Abe expressed his appreciation to the cooperation of the IAEA in decommissioning the TEPCO’s Fukushima Daiichi Nuclear Power Station while mentioning Director General Grossi’s visit to the Nuclear Power Station scheduled for February 26th. In response, Director General Grossi stated that he respects Japan’s efforts to proceed with the reconstruction of Fukushima and decommission of the nuclear power station in a compatible manner, and he also stated that the IAEA would continue to cooperate with Japan.

3. With regard to the situation surrounding nuclear issues of North Korea and Iran, Prime Minister Abe stated that he has been placing emphasis on the roles of the IAEA and added that the Government of Japan would continue its close cooperation with the IAEA in this regard. In response, Director General Grossi gave an explanation on recent activities by the IAEA.