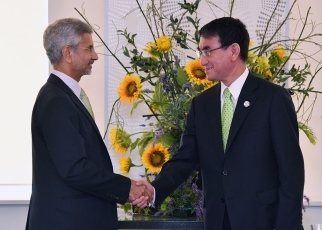 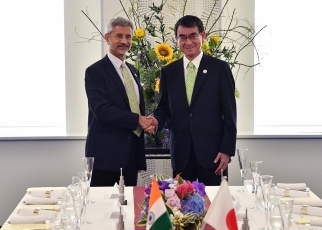 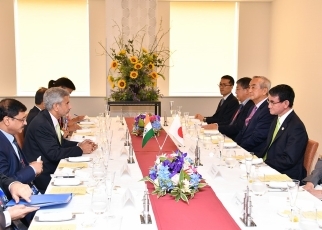 On June 29, commencing at 12:25PM for approximately 80 minutes, Mr. Taro Kono, Minister for Foreign Affairs, held the Japan-India Foreign Ministers’ Strategic Dialogue with H.E.Dr. Subrahmanyam Jaishankar, Minister of External Affairs of India. The overview of the meeting is as follows.

Minister Kono stated that an agreed “2+2” Ministerial Meeting is important in advancing security and defense cooperation between the two countries and demonstrating the roles that Japan and India can play for the peace and stability of the region. Minister Kono expressed his expectation to coordinate toward the early holding of the meeting. Minister Kono went on to state that it is important to work on the enhancement of connectivity in third countries and India’s North Eastern region, and that he would like to promote cooperation in the area of cyber and outer space for further deepening Japan-India relations.

Minister Kono expressed his expectation to conclude the RCEP negotiations among 16 countries including India within this year and strongly asked for India’s cooperation. Minister Kono stated that Japan attaches importance to maintaining and strengthening the NPT regime, and promoting the entry into force of the Comprehensive Nuclear-Test-Ban Treaty while continuing dialogue.

The two Ministers shared the view to continue cooperation toward the realization of a free and open Indo-Pacific. They also held extensive discussion on regional affairs including Iran and South Asia.