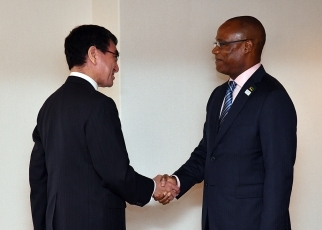 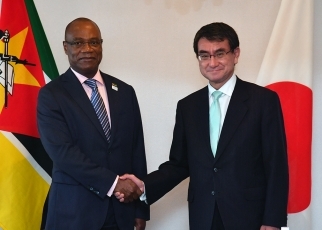 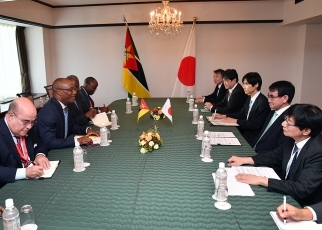 On October 7, commencing at 4:30 p.m. for approximately 20 minutes, Mr. Taro Kono, Minister for Foreign Affairs, held a Foreign Ministers’ Meeting with H. E. Mr. José Condugua António Pacheco, Minister of Foreign Affairs and Cooperation of the Republic of Mozambique, who is visiting Japan for the Tokyo International Conference on African Development (TICAD) Ministerial Meeting. The overview of the meeting is as follows.

2. Minister Pacheco expressed the importance and gratitude for Japan’s assistance for Mozambique and welcomed the Japanese company’s high interest toward Mozambique in the context of Mozambique’s abundant resources such as minerals and natural gas as shown in the Nacala Corridor. Minister Pacheco also stated his hope for an even larger presence of Japan in Mozambique and promised his cooperation toward TICAD7 which will be held next year.

3. Minister Kono introduced that a total of 102 young people from Mozambique have studied in Japan through ABE Initiative so far, and refered to the signing of the grant agreement for improving vocational training centers which took place in September 2018.