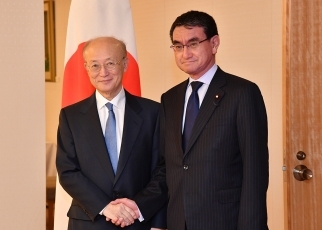 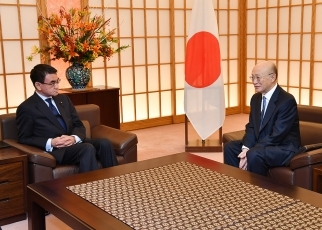 3. Minister Kono and Director General Amano reaffirmed that they will continue to coordinate closely on various issues.

(1) The IAEA is the international organization established in 1957 for the purposes of promoting the peaceful uses of nuclear energy and preventing the diversion of nuclear energy for military purposes based on the Statute of the IAEA. (There are currently 170 Member States.)