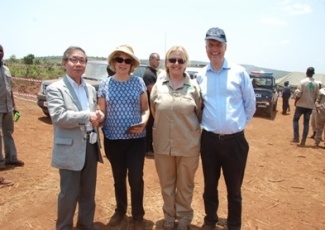 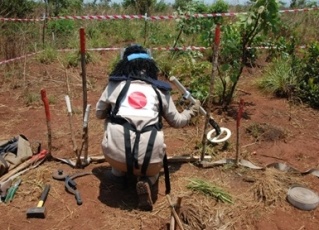 1. In this project, Japan and the UK jointly provide necessary funding for a landmine clearance project in Malanje Province in Angola, implemented by the NPA. Japan extended assistance of USD 203,384 through its Grant Assistance for Grassroots Human Security Projects for expenses for personnel, equipment, etc. necessary for the project in March. The UK decided to provide assistance of USD 20,988 to purchase communication equipment and safety boots for the project.

2. Angola’s civil war ended in 2002, but 35% of its landmass is still contaminated by landmines laid during the war. This has been hindering its economic and social development. Taking this backdrop into account, as a result of coordination between Japan and the UK, the two countries decided to collaborate to help clear landmines in Angola. This collaboration has been realized as part of the efforts to explore Japan-UK joint cooperation projects in Africa, including peacekeeping and peacebuilding, as agreed at the Second Japan-UK Foreign and Defence Ministers’ Meeting (“2+2”) in January 2016.

3. This assistance by Japan and the UK is expected to reduce the number of casualties caused by unexploded landmines, secure the safety of land, and promote effective use of land for food production and other social and economic development projects, thus advancing the consolidation of peace in Angola. The project will clear a total of 1,172,270 square meters of land from landmines, benefitting more than 11,000 local residents.

4. Japan and the UK share basic values, including the rule of law, and are the major powers having responsibility in promoting global peace and stability, as the closest security partners in Asia and in Europe. Japan and the UK will cooperate closely on a global scale including Africa to respond to the challenges of the international community.