Signing of the “Minamata Convention on Mercury” 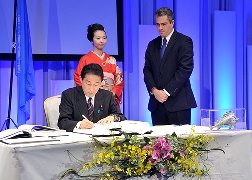 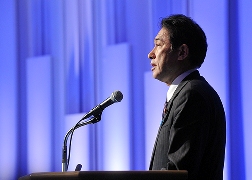 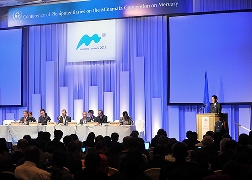 1. On October 10, Mr. Fumio Kishida, Minister for Foreign Affairs, attended the Diplomatic Conference for the Minamata Convention on Mercury held in Kumamoto City and signed the Convention.

2. After the signing ceremony, Minister Kishida delivered a statement (PDF)

on behalf of Japan, the host country. In his statement, Minister Kishida announced an assistance measure (PDF)

of 2 billion USD in total in the next three years, by way of the official development assistance (ODA). This assistance will cover three areas, measures to tackle air pollution, water pollution, and waste management. In addition to the above, Minister Kishida also stated that the Government of Japan would newly launch a capacity building program specifically designed for the prevention of mercury pollution. This program will assist developing countries in concluding the Minamata Convention.