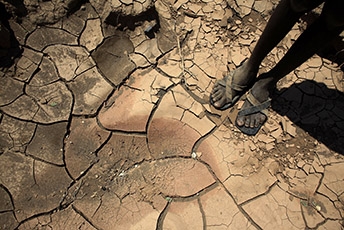 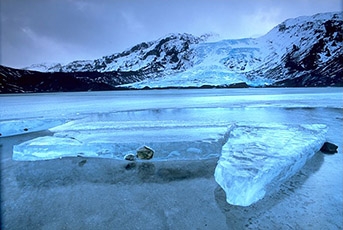 1. Brief History of Discussions at the G7

Climate change is considered as one of the most serious challenges that pose threats to global security and economic prosperity. In 2013, under the UK presidency the Expert Meeting of the G7 countries was held, and since then the agenda has been discussed continuously at the G7 Foreign Ministers' Meeting and the Working Group.

, an independent report commissioned by the G7 foreign ministers to a consortium of think tanks, identified the following seven compound climate-fragility risks that individually and through their interactions could pose serious threats to the stability of states and societies. The G7 countries decided to discuss the implications of these risks for their foreign policies.

A case that relates climate change and fragility can be illustrated with an example of analyses stating consistent drought between 2006 and 2009 played a role in the outbreak of the civil war in Syria in 2011. According to this view, the drought in Syria crippled agricultural productivity and income, engendering increased social unrest, which became one of the causes that aggravated civil insurrection. These analyses, albeit critiques, address the impact of climate change to deteriorate various ongoing risks, and an increase in international interest on the topic of climate change and fragility.

2. Japan’s Initiatives during the G7 presidency

Japan played a leading role in G7 discussions on climate change and fragility during its presidency in 2016. The G7 Hiroshima Foreign Ministers' Meeting held in April recognized the urgency of addressing climate-fragility risks and stressed the importance of aligning efforts on foreign policy towards the common goal of reducing fragility risks in order to increase resilience against global climate change. At the same time, G7 decided to work for two years on the climate-fragility risk.

On January 19 2017, the Ministry of Foreign Affairs of Japan organized the Roundtable Seminar on Climate Change and Fragility Implications on International Security. As part of such efforts, the Government of Japan decided to convene a follow-up review meeting of experts who participated in the Seminar in order to deepen the discussions at the Seminar, and to further utilize the insights shared in the seminar in the coming G7 Working Group meetings.

3. Verification of the climate change risk in specific cases

with the support from relevant ministries, research institutions and experts within Japan. This report is aimed to present detailed views, regarding an analysis/drafting of diplomatic policies based on an analysis of climate-related disasters in the Asia Pacific region and their impacts on vulnerability, to other G7 countries by the end of the year.

Many countries in Asia-Pacific region are experiencing notable economic growth and the rapid population growth is one of the key features of their growth. On the other hand, this region also has high climate-fragility risk. The research by the United Nations University

showed that 12 countries from the Asia-Pacific Region were included in the top 20 countries facing high risks of natural disaster. Implementing sufficient climate change measures amid the ongoing economic and social development can be a challenging task for many developing economies. The fragility may be increased by the impact of the climate change as these regions suffer from disasters such as the flood. Japan is trying to verify the climate change risk by focusing on natural disasters taking place in the Asia-Pacific region as Japan has knowledge in disaster prevention.

Climate change issue will also have major impact on the foreign policies. Although the discussion on climate change held under the UNFCCC is often perceived as environmental issue, climate change is affecting various aspects of international affairs. For example, the importance of consideration to the long term risk caused by the climate change is discussed in the context of socioeconomic development such as decreasing disaster prevention and disaster risk. Moreover, COP21, which adopted Paris Agreement, emphasizes the economic aspect which the climate change measures are considered as business opportunities that brings economic growth and employment rather than bringing additional duty on companies and municipality.
As with the example of Syria mentioned above, climate change is considered as the one of the causes of the instability for the region and demographic shift such as migration. Policy planners have become increasingly aware of the need to engage in international discussion as there is increased acceptance to incorporate climate related factors in the planning of wide range diplomatic policies.

Under these circumstances, through the initiative of then-president of the G7, UK, the Working Group on Climate Change and Fragility was launched in the process of G7 in 2013. Japan published a study in order to submit to the Working Group is aimed to become the first step to encourage policymakers to appreciate the relationship between the impact of climate change and fragility and to plan their policies.
There remains, however, a number of challenges that prevents the nexus between climate change and foreign policies. It is not a simple task to show on figures with high accuracy the impact of the climate change in foreign policy. For instance, there is no definitive answer to such question as how to correlate the short-term challenges with mid/long-term challenges such as climate change, or how to measure the influence of climate change on various social issues. Moreover, as multiple factors are needed to be taken into account, it is difficult to identify the most effective measures in mitigating the adverse effect of climate change.

Facing these challenges, each country needs to increase the understanding and deeper the knowledge among policymakers through the continued verification and analysis and updating of the information on the impact of climate change in several aspects such effects can be undertaken through examining political, economic and societal aspects of each region and country and through repeating case studies and analyzing further into details.