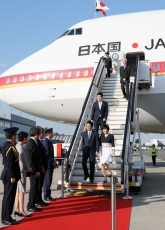 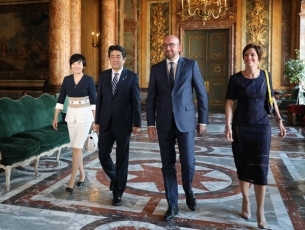 On July 5, commencing at 8:20 p.m. for approximately 70 minutes, Mr. Shinzo Abe, Prime Minister of Japan, together with his wife Mrs. Akie Abe, who are visiting the Kingdom of Belgium, held a dinner meeting at the Egmont Palace at the invitation by H.E. Mr. Charles Michel, Prime Minister of Belgium, and Ms. Amélie Derbaudrenghien. The overview of the meeting is as follows.