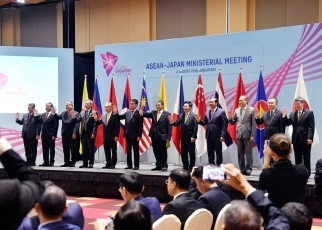 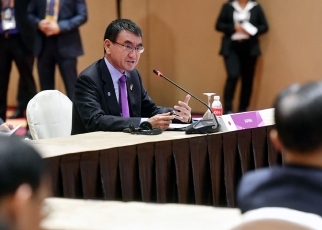 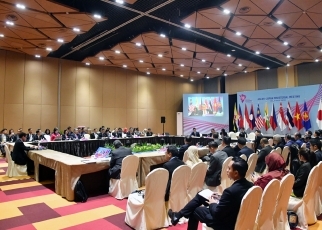 The Japan-ASEAN Ministerial Meeting was held in Singapore on August 2, commencing at 3:15 p.m. -4:20 p.m. (local time). The overview of the meeting, focusing on the statement by Minister Kono, is as follows. Foreign Minister Mr. Taro Kono co-chaired the meeting with H.E. Dato Erywan, Second Minister of Foreign Affairs and Trade of Brunei.

Minister Erywan extended his congratulations to the 45th anniversary of ASEAN-Japan Friendship and Cooperation and conveyed his gratitude for the cooperation extended by Japan to ASEAN to date.

Following this, Minister Kono stated that he visited all 10 ASEAN member states in one year since taking office and emphasized how Japan regards ASEAN as an important partner. He also stated that he was pleased to announce that Japan and ASEAN reached an agreement in principle on the Japan-ASEAN Technical Cooperation Agreement on the occasion of 45th anniversary.

2 Review of Japan-ASEAN cooperation and its future direction

On behalf of ASEAN, Minister Erywan reviewed the Japan-ASEAN cooperation and stated that they would like to promote the relationship of friendship and cooperation between Japan and ASEAN. Following this, other ASEAN countries also expressed their appreciation for the Japan's contribution to ASEAN, including Sectoral cooperation such as disaster prevention, human resource development and people-to-people exchange.

Minister Kono stated that Japan has been sincerely and steadily carrying out its pledge to cooperate with ASEAN. He also stated Japan will continue to support the integration of ASEAN in accordance with the Revised Implementation Plan of the Vision Statement. He added that he would like to expand their cooperation in human resource development, education, environment, welfare, quality infrastructure development as well as in the ASEAN Smart Cities Network promoted by Singapore.