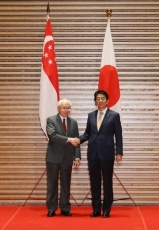 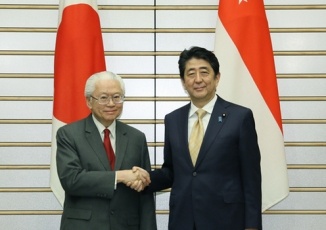 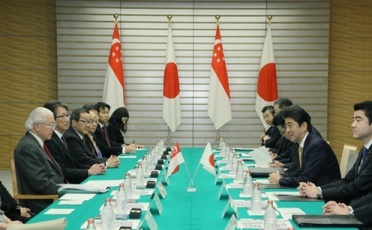 On December 1, commencing at around 6:00 p.m. for approximately 45 minutes, Mr. Shinzo Abe, Prime Minister of Japan, held a Japan-Singapore Summit Meeting with H. E. Dr. Tony Tan Keng Yam, President of the Republic of Singapore, who is paying a state visit to Japan. The overview of the meeting is as follows. Mr. Kotaro Nogami, Deputy Chief Cabinet Secretary, among others, attended the meeting.

(1) In his opening remarks, Prime Minister Abe expressed his heartfelt welcome for President Tan’s state visit to Japan, and explained that he feels extremely happy that 50th anniversary events are being held on a large scale

In response, President Tan expressed the view that the 50th anniversary of the establishment of diplomatic relations holds special meaning for both countries, and he intends to deepen the relationship of friendship and cooperation in a broad range of fields in the future also.

(2) In addition, Prime Minister Abe noted that over the last half century the relationship between the two countries has developed broadly, not only in the political and economic fields but in the fields of cultural and intellectual exchange also. Furthermore, Prime Minister Abe explained that he hopes to bring about concrete discussions at the Vice-Minister level meeting of the relevant ministries that will be held this fiscal year in order to strengthen bilateral cooperation in the fields of land, sea, and air transport, and infrastructure. Prime Minister Abe expressed his high hopes that Japan’s Shinkansen system will be adopted for its high speed rail project as a symbol of cooperation between the two countries, explained that he hopes to continue collaborating with Singapore. Prime Minister Abe stated his interest in continuing to strengthen collaboration with Singapore on the development of LNG bunkering facilities. Furthermore, Prime Minister Abe welcomed the conclusion of a bilateral local currency swap agreement between the Bank of Japan and the Monetary Authority of Singapore.

In response, President Tan explained that Japan is an important partner to Singapore on the trade and investment fronts, expressed great appreciation for Japan’s Shinkansen technology, and stated that the local currency swap agreement will be significant in terms of enhancing the stability of the financial system.

(3) In addition, Prime Minister Abe explained that the Japan Creative Center (JCC) is a symbolic project that was founded at the initiative of himself and H.E. Mr. Lee Hsien Loong, Prime Minister of Singapore, and it is central to the 50th anniversary commemorative events. Furthermore, Prime Minister Abe expressed expectation that the JCC will further evolve and develop in the future as a base for promoting Singapore, which leads cultural and intellectual exchanges. Following this, Prime Minister Abe expressed appreciation for the progress in cooperation in the fields of culture, science and technology, and academic exchange. Prime Minister Abe also welcomed that the number of people visiting Japan under the Japan Exchange and Teaching (JET) Programme has reached 300, that the Ship for Southeast Asian Youth Program made a port call in Singapore recently, as well as the signing of a letter of intent on joint research in the medical field in October and the recent signing of memorandums between universities. Additionally, Prime Minister Abe explained that he hopes to elevate the relationship between the two countries to a higher level towards the coming half century, building on the 50th anniversary commemorative events, which include issuing a joint commemorative stamp and the creation of a commemorative pamphlet by the Japan International Cooperation Agency (JICA) about Official Development Assistance (ODA) to Singapore.

In response, President Tan expressed appreciation for these activities, which are befitting of the era of the JCC amid the growing interest in Japanese culture, and welcomed progress with cooperation in the fields of science and technology and academic exchange.

(4) In addition, the two leaders also exchanged views on regional peace and stability, and confirmed the importance of peacefully resolving disputes in the South China Sea and the necessity for the international community to coordinate in order to increase pressure with regard to North Korea’s provocative actions through the strict implementation of the relevant resolutions. Furthermore, the two leaders shared the view that they will cooperate on bringing the TPP into effect promptly and concluding the negotiations on the Regional Comprehensive Economic Partnership (RCEP) so that the flow of free trade is not reversed.

(1) Signing and exchange of documents 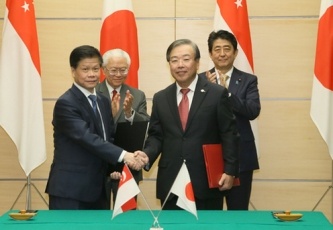 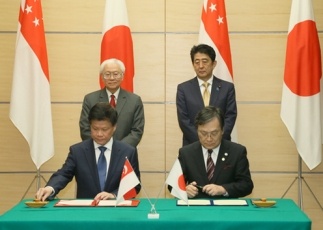 The following relevant documents were signed and exchanged in the presence of the two leaders. (Documents (i) to (iii) were signed, document (iv) was exchanged). 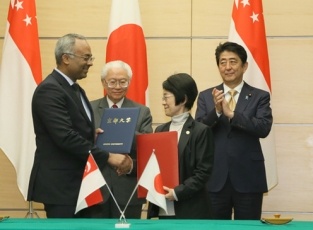 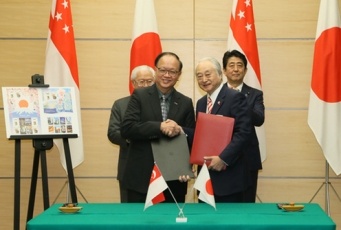 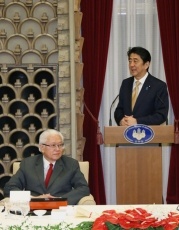 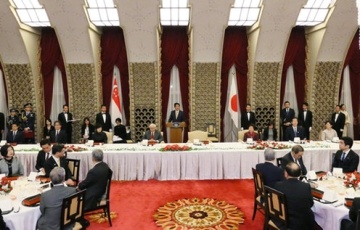 Following the signing and exchange of documents, the two leaders held a joint press announcement.