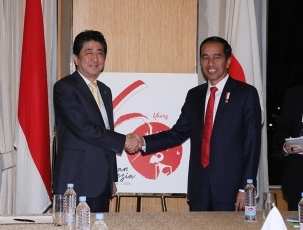 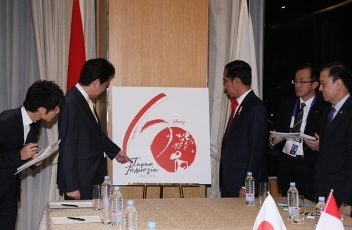 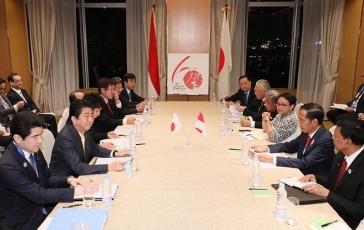 On November 12, commencing at 6:00 p.m. (local time, 7 p.m. Japan time) for approximately 25 minutes, Mr. Shinzo Abe, Prime Minister of Japan, who is visiting Manila, the Philippines to attend the ASEAN-related summit meetings, held a summit meeting there with H.E. Mr. Joko Widodo, President of the Republic of Indonesia. The overview of the meeting is as follows. Attending the meeting on the Japanese side were Mr. Kotaro Nogami, Deputy Chief Cabinet Secretary, and others. Attending the meeting on the Indonesian side were H. E. Ms. Retno L.P. Marsudi, Minister for Foreign Affairs, and others.