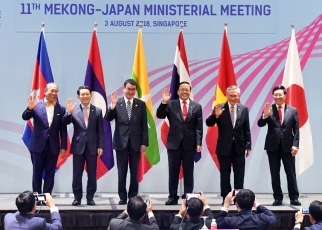 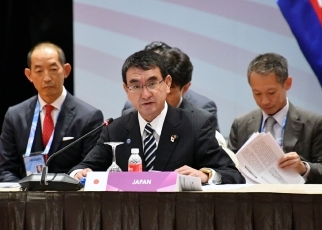 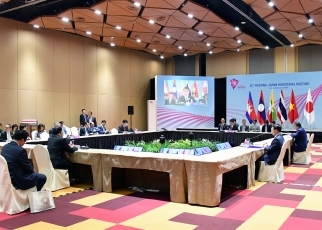 (1) Minister Kono made the following remarks:

i. Peace and stability in Rakhine State in Myanmar is an international concern, and it is important that the Government of Myanmar makes tangible progress in repatriation of displaced people with the UN’s involvement. The Government of Japan welcomes establishment of the Independent Commission of Enquiry by the Government of Myanmar and signing of the Memorandum of Understanding (MOU) with UN agencies for the repatriation of the displaced people. Japan will continue to provide utmost support to Myanmar’s efforts to collaborate with the Mekong countries in this regard.

ii. Japan will continue to work with the Mekong countries towards the peaceful resolution of the issue of North Korea and disputes in the South China Sea. With regard to the issue of North Korea, it is necessary to continue to urge North Korea to take concrete actions towards the complete, verifiable and irreversible dismantlement (CVID) of all weapons of mass destruction and ballistic missiles of all ranges. The full implementation of the relevant United Nations Security Council (UNSC) resolutions is essential. Japan will work with the Mekong countries in supporting the process between the U.S. and North Korea. Japan seeks the understanding and cooperation for the early resolution of the abductions issue from the Mekong countries.

(2) In response, the Mekong countries welcomed the Inter-Korean Summit in April 2018 and the subsequent U.S.-North Korea summit meeting, and stated that it is important to continue to implement the measures based on the UNSC resolutions toward the complete denuclearization of North Korea. Several countries expressed their understanding for the early resolution of the abductions issue.