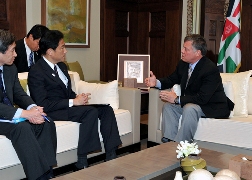 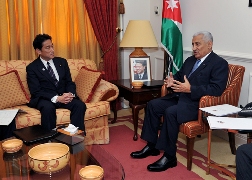 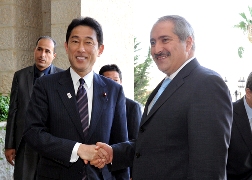 During his tour of the Middle East, in the Kingdom of Jordan on July 25, Fumio Kishida, Minister for Foreign Affairs of Japan, was granted an audience to King Abdullah II paid courtesy calls on Prince Hassan (former Crown Prince) and Prime Minister Abdullah Ensour, and conferred with Foreign Minister Nasser Judeh. An overview of the meetings is as follows:

* On July 26, the foreign minister is to visit a Syrian refugee camp in Jordan.