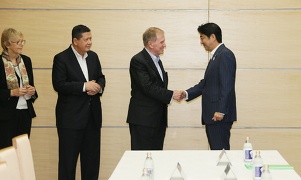 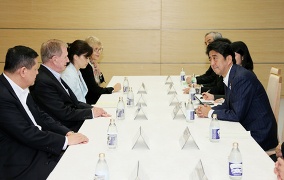 On August 30, commencing at 6:00 p.m. for about 50 minutes, Prime Minister Shinzo Abe received a courtesy call from the UN Commission of Inquiry (COI) on Human Rights in the Democratic People’s Republic of Korea (DPRK). The overview of the meeting is as follows.

*The foregoing is a provisional translation. The date indicated above denotes the date of issue of the original press release in Japanese.
Page Top
Back to Countries & Regions