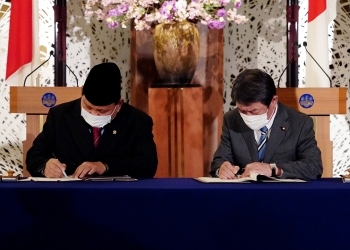 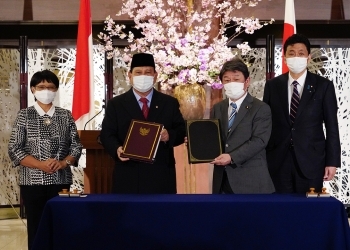 On March 30, Mr. MOTEGI Toshimitsu, Minister for Foreign Affairs of Japan, and Mr. KISHI Nobuo, Minister of Defense of Japan, held the second Japan-Indonesia Foreign and Defense Ministerial Meeting (“2+2”) with H.E. Ms. Retno L.P. Marsudi, Minister for Foreign Affairs of the Republic of Indonesia, and H.E. Lt. Gen. (ret.) Prabowo Subianto, Minister of Defense of the Republic of Indonesia. The meeting was held from 5:20 p.m. for approximately 1 hour and 40 minutes. The overview of the meeting is as follows.