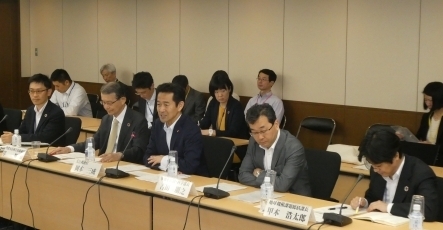 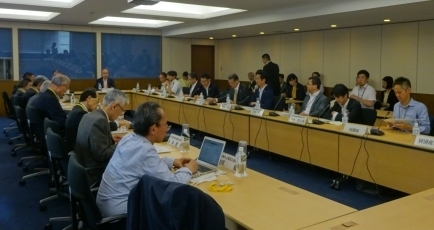 2. At the beginning, Mr. OKAMOTO made a remark about the importance of science, technology and innovation (STI) and the STI Roadmap, which is a guiding tool to achieve Sustainable Development Goals (SDGs). Regarding accumulated investigation and discussion on those topics so far, Mr. OKAMOTO also stated his expectation that attendees make an active discussion to develop recommendation on the STI roadmap in this meeting to assist the movement of achieving SDGs through STI, considering the important events scheduled in 2019, namely G20 in Osaka, TICAD7 and SDGs Summit.

3. Dr. KISHI reviewed his activities as the Science and Technology Advisor since 6th meeting last year, such as preparing recommendations on the Arctic Region, publicizing STI in Japan, and lectures he has gave at the Ministry of Foreign Affairs. Dr. KISHI also expressed his willingness to disseminate messages to the world at the 3rd STI Forum, which is going to be held in June, to push each country forward to design its own STI Roadmap.

4. Furthermore, the officials from the Ministry of Foreign Affairs made a report on the recent preparation toward the 3rd STI Forum. Dr. Michiharu NAKAMURA, who was elected as a member of ‘the United States 10-member Group’, and Mr. Tateo ARIMOTO, member of the Advisory Board, made a brief introduction about the outline of the discussion on STI for SDGs at international conferences.

5. Referring to those reports and comments given, members had an active discussion on the related topics.

Reference 1: Science and Technology Advisor to the Minister for Foreign Affairs
Its objective is to advise and support the activities of the Foreign Minister and related departments regarding the utilization of science and technology for foreign policy planning, as well as to strengthen the cooperation with the advisors and related experts of other countries. In September 2015 Dr. Teruo KISHI, Professor Emeritus of the University of Tokyo, took office.

2. 10-Member Group, which composed of 10 representatives of civil society, the private sector and the scientific community, provides ideas, guidance and recommendations to IAAT to prepare the STI Forum, to write a summary of the Forum and to provide briefing to the high-level political forum as requested. The Group’s members are appointed by the Secretary=general for periods of two years.