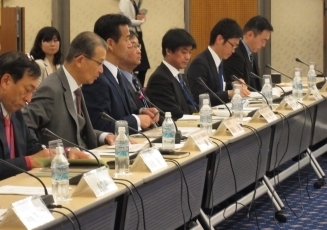 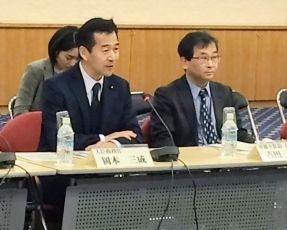 2. At the Beginning, Mr. OKAMOTO made a remark about the importance of making contribution in the international society to address the issues on Arctic Region and to achieve the Sustainable Development Goals (SDGs) through science, technology and innovation (STI). In this regard, Mr. OKAMOTO emphasized his expectation that attendees have fruitful discussion during the meeting.

3. Dr. KISHI gave a review of his activities as the science and technology advisor since 5th meeting last year, such as joint contribution to a journal with other science and technology advisors abroad, attending to international meetings, publicizing the STI in Japan and giving lectures at the Ministry of Foreign Affairs. Dr. KISHI also introduced foresight of the advisor’s activity, and expressed his willingness to make further contribution toward various diplomatic challenges from scientific and technological perspective.

4. Dr. Yoshifumi YASUOKA, member of the Advisory Board, reported on the outcomes of the study group, which is preparing the recommendations to address issues surrounding the Arctic Region through science and technology.

5. As for promoting science, technology and innovation for the sustainable development goals (STI for SDGs), the Ministry of Foreign Affairs stated the current status at the SDGs Promotion Headquarters. Dr. Michiharu NAKAMURA, member of the Advisory Board, introduced recent movement toward the 3rd UN STI Forum.

6. Members actively discussed on the recommendation for the Arctic Region, factors that should be considered for ‘STI for SDGs’ and challenges that science and technology diplomacy should tackle in medium- and long-term.