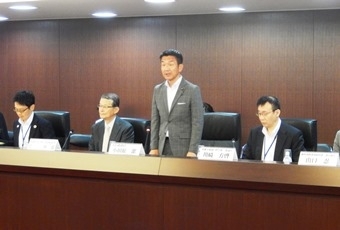 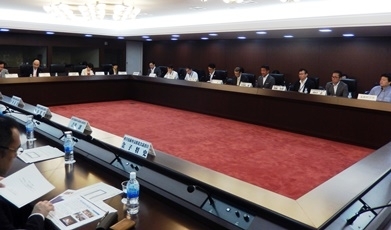 2. At the beginning, Mr. ODAWARA made a remark about the United Nations High-Level Political Forum (HLPF) held in July. As Mr. ODAWARA told in the remark, Foreign Minister Fumio KISHIDA stated the importance of the public-private partnership, which was also mentioned in the ‘Recommendation for the Future’ submitted by the Advisory Board in May this year, while introducing the cases of problem being solved by Japanese enterprises through technology. Mr. ODAWARA appreciated Dr. KISHI and the Advisory Board for its contribution, and expressed his expectation for fruitful consultation during the meeting about past and future of the science advisor’s activity.

3. Dr. KISHI explained the overview of his past activities as the science and technology advisor, for instance, giving advice and recommendations, networking with science and technology advisors abroad and other experts, disseminating the science, technology and innovation (STI) in Japan and lectures he gave at the Ministry of Foreign Affairs. Dr. KISHI also expressed his willingness to further make contributions in the diplomatic fields from scientific and technical perspective.

4. The Ministry of Foreign Affairs and Dr. Michiharu NAKAMURA, member of the Advisory Board, reported on recent related meetings at the United Nations in the context of utilizing STI to implement SDGs. Dr. Takashi SHIRAISHI, who’s chairing the working group to deliberate the activity of the science and technology advisor, explained the outcomes of the working group.

5. Attendees actively consulted about appropriate ways to demonstrate initiatives to implement SDGs, challenges that science and technology diplomacy should tackle in the long-term and possible domestic collaboration involving industries and academia.