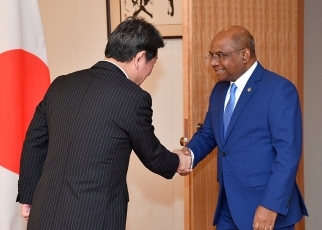 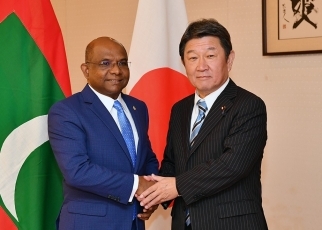 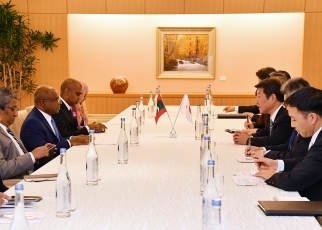 On October 21, from 11:30a.m. for approximately 25 minutes, Mr. Toshimitsu Motegi, Minister for Foreign Affairs, held a meeting with H.E. Mr. Abdulla Shahid, Minister of Foreign Affairs of the Republic of Maldives. The overview of the meeting is as follows.

2. With regard to the bilateral relations, Foreign Minister Motegi mentioned economic cooperation, defense exchanges and Japanese assistance such as provision of anti-terrorism equipment. In response, Foreign Minister Shahid expressed appreciation for Japanese assistance and he stated that the Maldives would like to further cooperate with Japan in areas such as climate change, sports, human resource development and investment.

3. Both sides exchanged views on the situation in the East Asia and the concept of a “free and open Indo-Pacific.” In addition, Foreign Minister Motegi sought understanding and cooperation on the early resolution of the abductions issue, and gained the support of Foreign Minister Shahid.