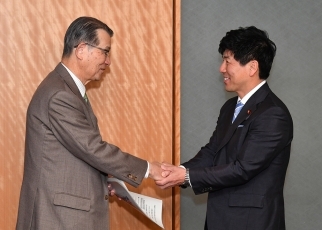 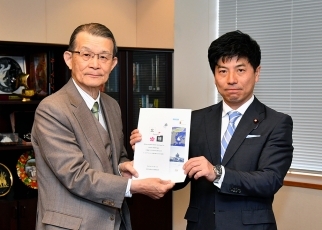 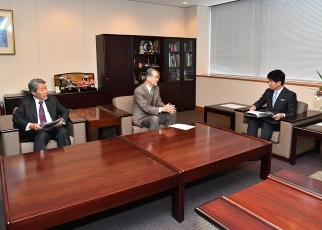 2. State Minister NAKANE expressed his appreciation for the contribution of the Advisory Board, and said referring to this recommendation he would like to put to use Japan's strengths in science, technology and innovation to promote active contribution to confront various issues in the Arctic region, and that he would like lead the discussions at international forums.

Reference 1: Outline of the recommendation ‘Utilization of Scientific Knowledge in the Arctic Region: Japan’s role deciphered from five ‘I’s’
In order to know, to protect and to utilize the Arctic region, the recommendation recognizes four ‘I’s. The Arctic region requires knowledge that (1) transcends borders (international), (2) spans various disciplines from natural sciences to humanities and social sciences (interdisciplinary), and (3) includes governments, private companies and indigenous peoples alike (inclusive). Under this circumstance, Japan has been engaged in (4) creative researches (ingenuity) on the Arctic region and accumulated valuable data of the Arctic region through diverse observation techniques and unique observation capabilities. Therefore, in order to create (5) innovation, the fifth ‘I’, we use Japan's superior sensor technology and data as the driving force for establishing international cooperation, and work closely with the scientific community and industry. By providing objective data, it is recommended that Japan strengthens its data-based diplomatic activities and forms the core a basis of the Arctic research.

Reference 3: Advisory Board for the Promotion of Science and Technology Diplomacy
In December 2015, the Foreign Minister commissioned a board of 17 academic experts from related fields of science and technology. Gathering expertise from various fields of science and technology under the Science and Technology Advisor to the Minister for Foreign Affairs, it is part of a ‘Science and Technology Diplomacy Advisory Network’, and is meant to support the planning and drafting process of various foreign policy strategies such as Japan's top diplomacy and high-level international conferences. The first board meeting convened on 3 February 2016, followed by the subsequent meetings on 13 July 13 2016, 21 December 2016, 27 April 2017, 26 July 2017, and the sixth board meeting was held in February 2018.