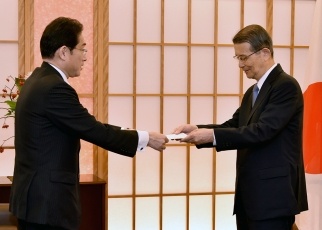 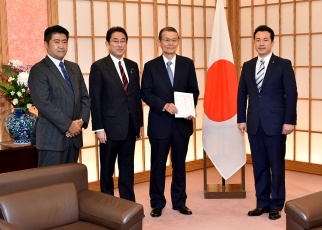 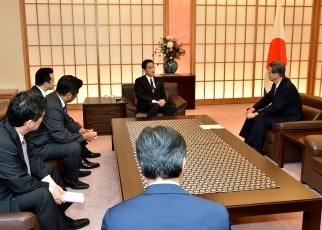 3. In the ceremony, Minister Kishida said that it is encouraging to have  Prof. Kishi assume the first-ever Science and Technology Advisor in the Government of Japan. He explained that he personally had been considering utilizing the science and technology, as a source of pride for the Japanese, for diplomacy, and this idea was studied under former Parliamentary Vice-Minister Kihara and Parliamentary Vice-Minister Uto from July last year. He added since Japan will serve as the G7 Chair next year, he expects science and technology will be able to form an important perspective in contributing to global challenges. He also expressed his hope to receive valuable advice with the formulation of assisting network to support the Science and Technology Advisor’s enhancement of personal connections and networks at home and abroad.

4. Prof. Kishi responded that science and technology covers a wide variety of areas, and in particular it is important to grasp the situations in each fields and countries such as developed nations, emerging states and developing nations. He expressed his resolve to carry out his role while obtaining cooperation from the assisting network as well as overseas diplomatic missions.

5. Parliamentary Vice-Minister Uto stated that, having participated in the Advisory Panel’s discussions himself, he hopes that the Panel’s members will be included in the assisting network and Prof. Kishi will make a positive start. In addition, Mr. Kihara, member of the House of Representatives, explained that he hopes Prof. Kishi’s expertise will be used to respond to a variety of global challenges, such as global warming, energy and population issues, and he intends to extend his support to such activities, including the formulation of the assisting network.

6. Prof. Kishi is scheduled to participate as a panelist in the Third Japan-United States Open Forum on October 6.