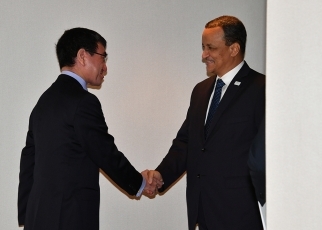 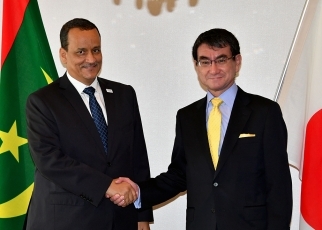 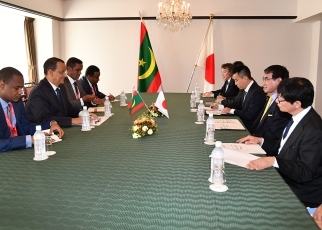 On October 6, commencing at about 9:15 a.m. for approximately 20 minutes, Mr. Taro Kono, Minister for Foreign Affairs, held a Foreign Ministers’ Meeting with H.E. Mr. Ismael Ould Cheikh Ahmed, Minister for Foreign Affairs and Cooperation of the Islamic Republic of Mauritania, who is visiting Japan for the Tokyo International Conference on African Development (TICAD) Ministerial Meeting. The overview of the meeting is as follows.

1. At the outset, Minister Kono wholeheartedly welcomed Minister Ismael’s participation in the TICAD Ministerial Meeting. In addition, he congratulated him on his appointment as Minister for Foreign Affairs and Cooperation, and welcomed the success of the African Union Summit held in July in Nouakchott.

3. In addition, the Ministers held an exchange of views regarding cooperation in the international arena such as the North Korea situation including the abductions issue, as well as Security Council reform.