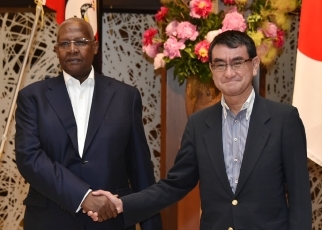 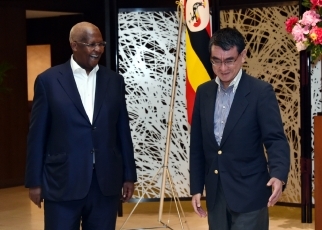 1. Minister Kono welcomed Minister Kutesa to Japan and expressed his appreciation for the cooperation of Uganda thus far in the TICAD process. In response, Minister Kutesa expressed gratitude for Japan’s contribution to the development of Africa, including Uganda, and to the peace and stability of the international community. The two Ministers confirmed their collaboration for the success of TICAD ministerial meeting in 2018 and TICAD7 in 2019.

2. On the issue of North Korea, the two Ministers shared the views that it is important to urge North Korea to take concrete actions including through the US-North Korea Summit. They reaffirmed their cooperation toward the early resolution of the abductions issue.

3. In addition, the two ministers shared the intention to collaborate to advance the reform of the United Nations Security Council. They also exchanged views on the situation in East Africa and cooperation in the international arena.