The Group of Eminent Persons for Substantive Advancement of Nuclear Disarmament 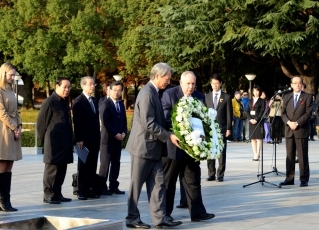 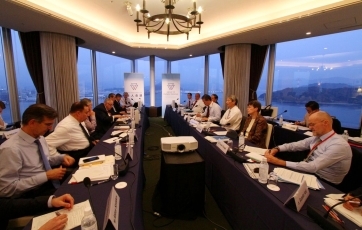 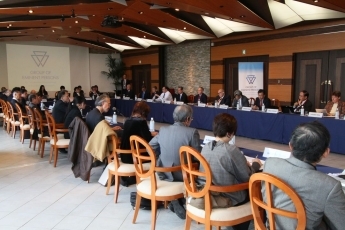 1. On November 27 and 28, the meeting of the Group of Eminent Persons for Substantive Advancement of Nuclear Disarmament was held in Hiroshima. The meeting was attended by a total of 15 eminent persons, consisting of 6 Japanese members, including the Chair, Prof. Takashi Shiraishi (President, Institute of the Asian Economic Studies, Japan External Trade Organization), and 9 other members from nuclear-weapon States, broadly like-minded countries, and states promoting the Treaty on the Prohibition of Nuclear Weapons. Active discussions were held on the current situation surrounding nuclear disarmament, pathways and necessary measures towards the elimination of nuclear weapons, and recommendations and challenges towards the Preparatory Committee of the 2020 NPT Review Conference.

2. In advance of the meeting, in the morning of November 27, a program on the realities of the atomic bombings was held and the members of the Group paid their respects at the Cenotaph for victims of the atomic bombing in Hiroshima Peace Memorial Park and laid a wreath. Following this program, the members listened to the story of a hibakusha, a survivor of atomic-bombing, and visited the Hiroshima Peace Memorial Museum.

4. Following the conclusion of the meeting of the Group of Eminent Persons, Chair Shiraishi held a press conference. He explained that active discussions were held on a variety of topics for the purpose of the Group of Eminent Persons, which is to find a common ground where all states can work together through rebuilding cooperation and trust of the international community.