“The Second Trilateral High-Level Dialogue on the Arctic” (Results) 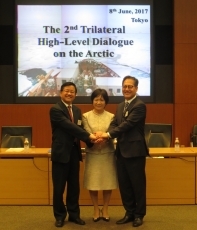 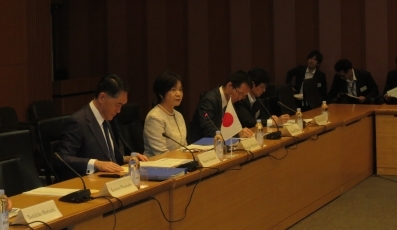 2. An overview of the meeting is as follows:

(1) During this meeting, presentations on each country’s Arctic policy, various challenges related to the Arctic and the possibility of future Japan-China-ROK cooperation in this field, among others, were given by officials from the three countries and the person concerned from research institutions, followed by active discussions by the participants. Ambassador Shiraishi underscored that Japan’s efforts in the filed of the Arctic have made progress steadily based on Japan’s Arctic Policy adopted at the Headquarters for Ocean Policy in October 2015.

(2) At this meeting, the Joint Statement (English (PDF)

), which mentions the importance of maintaining cooperation based on a rule-based maritime order, further strengthening three countries’ contributions to the various international fora over the Arctic and trilateral cooperative projects related to cooperative research for environmental changes and joint observation in the scientific research area over the Arctic, was adopted.