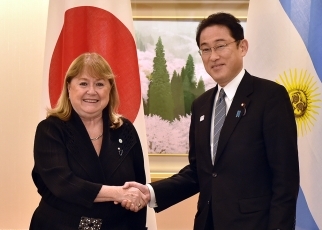 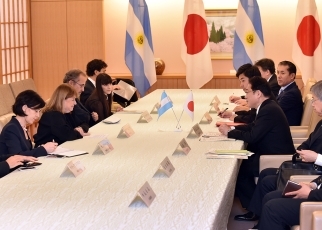 1. At the beginning, Minister Kishida welcomed this visit to Japan by Minister Malcorra, which follows her visit in July last year, and expressed his strong support for the Macri Administration’s efforts to drive Mercosur and South America by promoting a series of reforms oriented to free and open economy. In response, Minister Malcorra expressed her gratitude for the hospitality shown by the Government of Japan and Japanese citizens on this visit to Japan by H.E. Mr. Mauricio Macri, President of Argentina. The two ministers shared the view that they will work together in the run up to next year’s 120th anniversary of the establishment of diplomatic relations between the two countries, including at the G20 Summit scheduled to be held in Argentina.

2. The two ministers also exchanged views on regional affairs such as the Asia-Pacific security environment, including North Korea, which constitutes a new level of threat, and situations in South America.

3. In addition, the two ministers confirmed that Japan and Argentina will strengthen collaboration in the international arena, beginning with the 11th World Trade Organization (WTO) Ministerial Conference that will be held in Buenos Aires in December this year, and strengthen cooperation on bilateral issues.