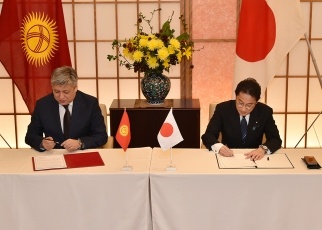 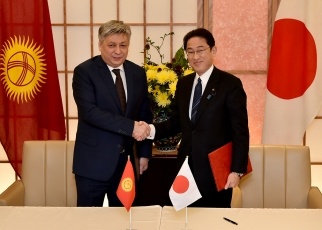 2. The following are outlines of the two projects. It is expected that the cooperation will contribute to maintaining transport infrastructure and narrowing regional gap by strengthening the export competitiveness of domestic industries and Kyrgyz’s management capacity for its land transport network through securing the safety of transport and traffic on a highway.

(1) The Project for Avalanche Protection on Bishkek-Osh Road
This project establishes a facility for avalanche protection (a snow shed) on the Bishkek-Osh Road at the 246 km point, where avalanches occur frequently and cause the most damage. The road connects Bishkek, the capital of the Kyrgyz Republic, and Osh, its second largest city, and is the only north-south highway in the country.

3. The joint statement issued in October 2015 on the occasion of Prime Minister Shinzo Abe’s visit to the Kyrgyz Republic also confirmed the importance of the establishment of transport infrastructure to the development of the Kyrgyz Republic and to its connection within and with the outside of the region. The projects demonstrate that cooperation between Japan and the Kyrgyz Republic is steadily progressing.