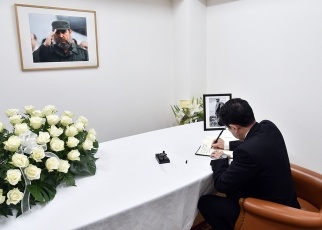 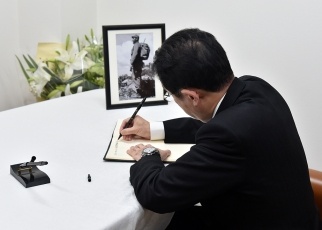 1. On receiving news of the passing of Mr. Fidel Castro Ruz, former President of the Council of State of the Republic of Cuba, on November 25 (local time), Mr. Fumio Kishida, Minister for Foreign Affairs, visited the Embassy of the Republic of Cuba in Japan on November 28. He had informal talks with H.E. Mr. Rodrigo Malmierca Díaz, Minister for Foreign Trade and Foreign Investment, who visited Japan for the Second Japan-Cuba Public-Private Joint Committee, and H.E. Mr. Carlos Miguel Pereira Hernández, Ambassador of Cuba to Japan, and then wrote in the registry.