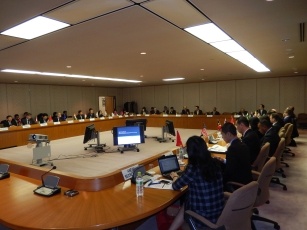 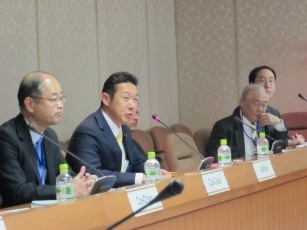 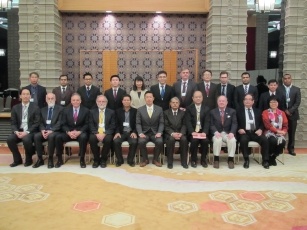 1. On December 4, the Ministry of Foreign Affairs held the “ARF Seminar on Regional Confidence Building and Law of the Sea” as an official event of the ASEAN Regional Forum (ARF) at Mita Conference Hall in Tokyo.

2. Approximately 70 government officials, scholars and experts of international law from ARF member states and regions attended the seminar, which was co-chaired by Japan, Viet Nam and India.

3. An overview of the seminar is as follows.

. Quoting the keynote address given by Prime Minister Shinzo Abe at the Shangri-La Dialogue held last year, Mr. Kikawada stressed the importance of thoroughly upholding the three principles of the rule of law at sea, which are that (ⅰ) states shall make and clarify their claims based on international law; (ⅱ) states shall not use force or coercion in trying to drive their claims; and (ⅲ) states shall seek to settle disputes by peaceful means. In addition, Mr. Kikawada expressed Japan’s determination to work closely with relevant countries to that end and stated that this is, indeed, Japan’s banner of “Proactive Contribution to Peace” in action.

(2) Prof. Naoya Okuwaki of Meiji University delivered the seminar’s keynote address. Prof. Okuwaki spoke about international legal regime for maritime areas pending delimitation and emphasized the importance of the obligation of self-restraint and cooperation among the relevant countries, and of respect for the rule of law for confidence-building.

(3) During each session, lectures were given by leading scholars and experts on the law of the sea, followed by active discussions by officials from ARF member states and regions. It is believed that the discussions in this seminar helped to promote understanding among the participants regarding the international legal regime in maritime areas pending delimitation, and to further deepen the common recognition of the importance of the rule of law.