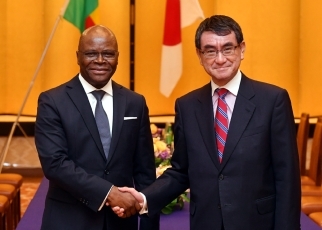 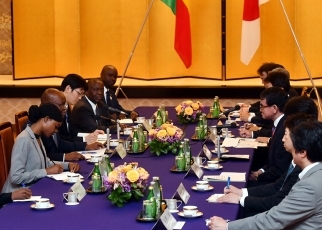 On June 20, commencing at around 7:30 p.m. for approximately two hours, Mr. Taro Kono, Minister for Foreign Affairs, held a meeting with H.E. Mr. Aurélien Agbenonci, Minister of Foreign Affairs and Cooperation, the Republic of Benin, who was making a working visit to Japan upon invitation by the Ministry of Foreign Affairs. The meeting was followed by a dinner hosted by Minister Kono. The overview is as follows.