International Trends Regarding the Sector 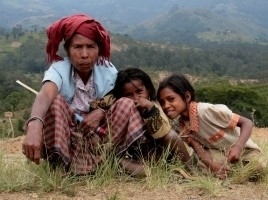 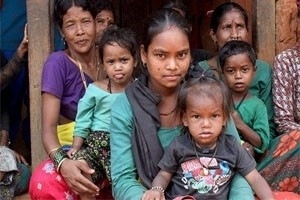 Human security is a concept that encourages sustainable, individual self-reliance and social development through protection and empowerment. It focuses on each and every human being and aims to protect people from the wide-ranging and serious threats to their lives, livelihoods, and dignity, in order for them to achieve the full potential that they each possess. Today's world is becoming more globalized and interdependent. Consequently, problems such as poverty, environmental destruction, natural disasters, infectious diseases, terrorism, and sudden economic and financial crises are interrelated across borders, and have a serious impact on people's lives and livelihoods. The traditional nation-centered approach is becoming inadequate for addressing these kinds of international challenges. Rather, it is becoming necessary to focus on "human beings," and capture the relationships between a variety of actors and sectors in a cross-sectional and comprehensive manner.

The concept of human security was introduced publicly in the international community for the first time in the Human Development Report 1994 by the United Nations Development Programme (UNDP). In this report, human security was described as a concept that integrates two aims: to ensure safety from such chronic threats as hunger, disease and repression; and to provide protection from sudden and hurtful disruptions in the patterns of daily life. The report also pointed out the importance of valuing the lives and dignity of individuals as development progressed toward the imminent dawn of the 21st century.

At the United Nations Millennium Summit in 2000, the then UN Secretary-General Annan presented a report with the keywords "freedom from fear and freedom from want," and discussed how the various global challenges threatening people ought to be dealt with. Speaking at the same summit, the then Prime Minister Mori responded to this report by the Secretary-General by declaring that Japan would make human security a pillar of its foreign policy, and called for the establishment of an international committee for human security with participation from global experts in order to further deepen the concept.

The establishment of the "Commission on Human Security" was announced when the then UN Secretary-General Annan visited Japan in January 2001. Established in response to the then Prime Minister Mori's proposal, it consisted of 12 intellectuals. The then UN High Commissioner for Refugees Ms. Sadako Ogata and the then Master of Trinity College, Cambridge University Prof. Amartya Sen were appointed as co-chairs. The aim of the commission was to develop the concept of human security and offer suggestions about what courses of action the international community should take. After five commission meetings, and dialog meetings, sector-specific studies, etc. conducted all around the world, the commission reported the content of the final report to the then Prime Minister Koizumi in February 2003, and submitted the report to the then UN Secretary-General Annan in May 2003.

The report emphasized that the theoretical frameworks of "security" needed to be reconsidered, and security expanded from only applying to nations to also including human beings. It also emphasized that an inclusive and integrated approach would be necessary to ensure human security. The report also defined human security as meaning to "protect the vital core of all human lives in ways that enhance human freedoms and human fulfillment," and emphasized the need for strategies to provide "protection" and "empowerment" to people in order to ensure their lives, livelihoods, and dignity.

Deepening of Discussions in the International Community

In addition to these, other examples of moves to promote human security include the "Human Security Network" established in 1999 through an initiative by Canada and Norway, and individual activities by each country. The number of UN organizations that place importance on human security is also increasing. The international community is becoming more aware of human security as an important concept when addressing global challenges. It has also been raised in UN World Summits (in 2005 and 2010), the G8, the OECD (Organization for Economic Co-operation and Development), APEC (Asia-Pacific Economic Cooperation), TICAD (Tokyo International Conference on African Development), Pacific Islands Leader Meetings, summary reports and other materials from world conferences, etc. regarding global finance and the global economy.

In particular, the Resolution by the General Assembly on Human Security (A/RES/66/290)

was adopted at the UN General Assembly held in September 2012, and a common understanding of the concept of human security was established, namely, that it is "... an approach to assist member states in identifying and addressing widespread and cross-cutting challenges to the survival, livelihood and dignity of their people." This helped discussions on human security achieve substantial progress.

A people-centered way of thinking became the mainstream in the United Nations, and in September 2015, the Sustainable Development Goals (SDGs)

—people-centered, universal development goals were agreed upon. The concept of human security is also reflected in the SDGs in terms of inclusiveness: "people-centered" and "leave no one behind."