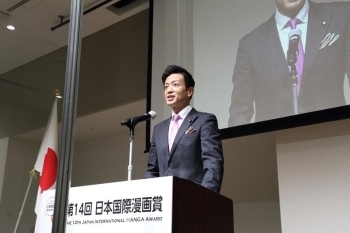 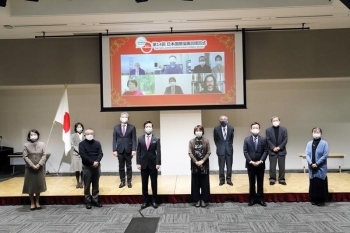 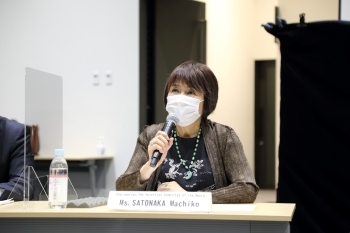 On February 25, the 14th Japan International MANGA Award Ceremony was held at the Hamamatsucho Convention Hall on an online format.

The Ministry of Foreign Affairs of Japan launched the Japan International MANGA Award in 2007 with the aim of honoring Manga artists who have contributed to the promotion of Manga overseas as well as promoting international cultural exchange through Manga. Among the record-high 383 entries from 61 countries and regions, 15 works were selected this year, including one for Gold Award (Taiwan) and three for Silver Awards (Taiwan, Belgium, and China).

At the Award Ceremony, Mr. SUZUKI Hayato, Parliamentary Vice-Minister for Foreign Affairs, presented certificates of commendation, and Ms. SATONAKA Machiko, Chairperson of the Selection Committee, presented trophies to the Gold Award and Silver Award winners who attended online from abroad. Parliamentary vice-minister SUZUKI stated that Japan would continue to promote the manga culture as it brings lights, vitality and healing to people who are suffering from difficult situation such as the COVID-19 pandemic. At the review session held after the ceremony, Chairperson SATONAKA encouraged award winners to continue their Manga creation even during hardships such as the COVID-19 pandemic. Chairperson SATONAKA told that she believes inspirational experience from reading Manga does help people to get through difficult time and she wished that award winners also believe in such power of Manga.