The Ministry of Foreign Affairs, aiming to further the understanding and trust of Japan, is using pop-culture, in addition to traditional culture and art, as its primary tools for cultural diplomacy. Among young people, pop-culture, such as Manga and Anime, has been popular worldwide in recent years.

As part of such engagement in cultural diplomacy, the Ministry of Foreign Affairs organizes the Japan International MANGA Award, having the Minister of Foreign Affairs as the head of its Executive Committee. This Award was established in May 2007 upon the initiative of then-Minister for Foreign Affairs Mr. Taro Aso with the aim of awarding MANGA creators who contribute to the spread of MANGA culture overseas and international cultural exchange through MANGA. The Award has been presented every year since then.

From 2008, the Ministry of Foreign Affairs began the "Anime Ambassador" project, with the aim of increasing the interest of people overseas in Japan through Anime. In March 2008, then-Minister for Foreign Affairs Mr. Koumura appointed "Doraemon" Anime Ambassador of Japan. On this opportunity, "Doraemon the Movie Nobita's Dinosaur 2006" was translated into 5 languages (English, French, Spanish, Chinese and Russian) and screened in 67 countries and regions worldwide as of January 2017.

Cosplay also enjoys strong international popularity in recent years. Ministry of Foreign Affairs has conferred a Foreign Minister's Prize on the best costume-player at "the World Cosplay Summit", the biggest annual Cosplay event in Japan, since 2007. 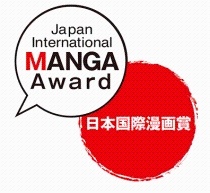