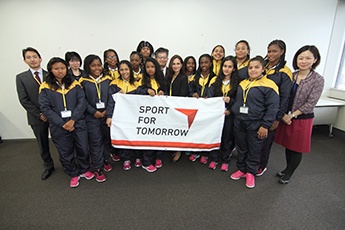 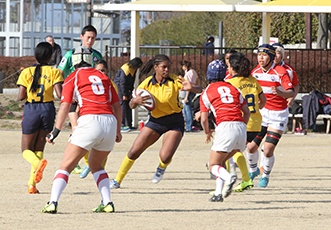 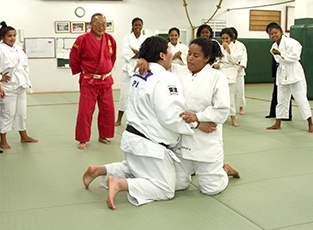 Ministry of Foreign Affairs invited 14 Colombian women rugby players to Japan under “the Projects for Sport Diplomacy Enhancements” from February 23 to March 3. The invitation program was also in the framework of the “Sport for Tomorrow” launched by the Japanese government. Thanks to the cooperation of the Japan Rugby Football Union and other partners, the Colombian players enjoyed international rugby club matches and trial judo classes. They played a rugby practice match against the Women’s Seven Youth Academy at the Kumagaya Rugby Field.