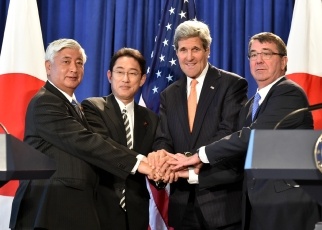 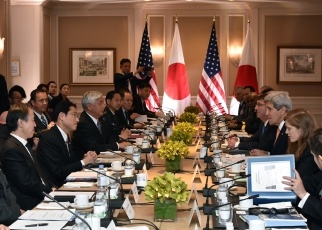 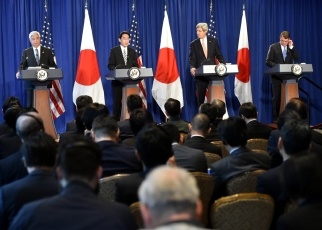 In the morning of April 27, 2015 EST, the Security Consultative Committee (SCC) (the “2+2” Ministerial Meeting) was convened in New York City.

In the Meeting, given a much closer Japan-U.S. relationship which the two countries have enjoyed in recent years, the Ministers had discussions over a range of topics including bilateral security and defense cooperation as well as the realignment of U.S. Forces in Japan. The SCC approved the new Guidelines for Japan-U.S. Defense Cooperation (PDF)

and issued the Joint Statement (PDF).