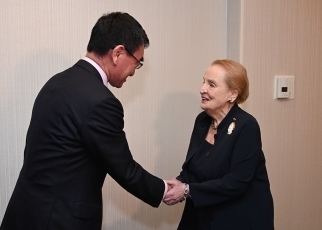 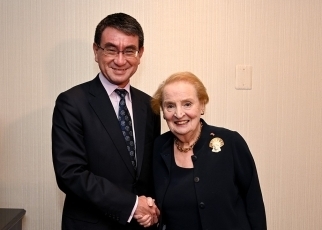 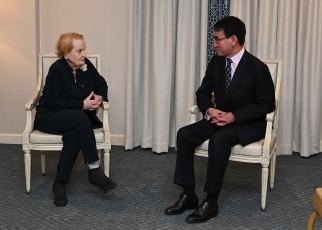 On April 19th, commencing at around 1:40 p.m. (local time) for approximately 30 minutes, Mr. Taro Kono, Minister for Foreign Affairs, during his visit to Washington D.C., the United States, held a meeting with Ms. Madeleine Korbel Albright, Former Secretary of State of the United State. The overview of the meeting is as follows.