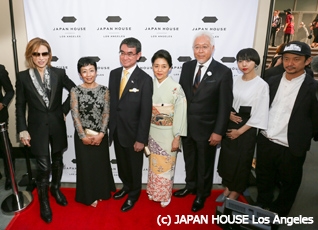 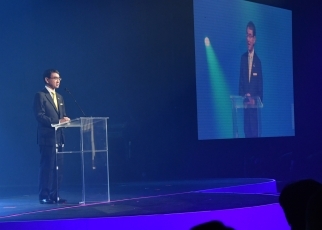 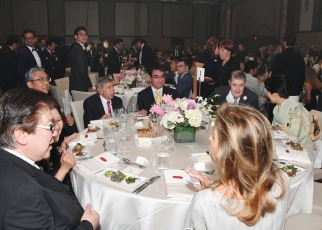 The overview of the visit to Los Angeles in the United States on August 24-25 (local time) by Mr. Taro Kono, Minister for Foreign Affairs, is as follows.
1. On August 24 (local time), Minister Kono and his wife visited Japan House Los Angeles (JHLA) and attended the grand opening celebration of JHLA.

2. During the morning of August 25 (local time), Minister Kono and his wife spoke with the Japanese American Leadership Delegation (JALD) participants who live in Los Angeles and other people at the official residence of the Consul-General of Japan in Los Angeles. The participants stated that the JALD program made them recognize anew their connection with Japan and is an important opportunity for exchange between Japan and the United States. Minister Kono stated that the JALD participants are greatly contributing to enhancing Japan-U.S. relations, and that he would like to foster momentum of JHLA in cooperation with Nikkei people in the United States.