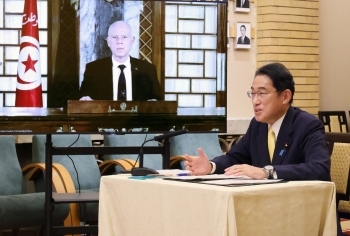 On August 26, commencing at around 19:30 (Japan Time) for approximately 50 minutes, Mr. Kishida Fumio, Prime Minister of Japan, held a video conference with H.E.Mr. Kais Saied, President of the Republic of Tunisia. The overview is as follows: