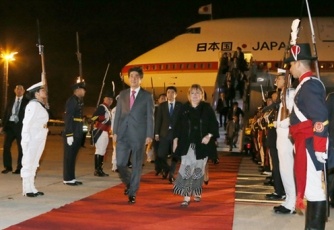 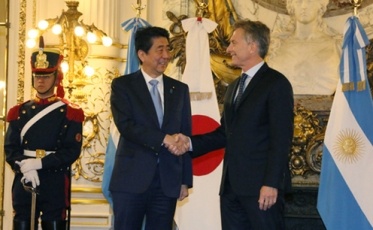 Prime Minister Shinzo Abe visited the Argentine Republic on November 21st (Monday) and participated in events that took place in Buenos Aires. The overview is as follows.

Prime Minister Abe had a summit meeting with President Macri at the Office of the President from 12:30 p.m. on 21st local time (0:30 a.m. on 22nd Japan time) for approximately 50 minutes.

(1) At the beginning, President Macri welcomed Prime Minister Abe’s visit and expressed his expectation towards Japanese companies as he wishes to establish new bilateral relations, centering on trade and investment. The President also mentioned that he wants to develop bilateral relations in the field of tourism, sports, and science and technology.

(2) Prime Minister Abe expressed his appreciation for the invitation of the official visit and stated that he was delighted for being able to visit Argentina as an incumbent Prime Minister of Japan for the first time in 57 years.

Japan and Argentina have enjoyed friendly relations for more than a century, owing partly to the presence of the Japanese descendant community. The two countries are important partners that share fundamental values such as liberty, democracy, human rights, and the rule of law. In order to further advance the bilateral relations, the two leaders shared the view on the following points:

(3) Prime Minister Abe welcomed the fact that President Macri has been promoting open and free economic policies and has been leading the change in Latin America and the Caribbean. The Prime Minister also noted that Japanese companies’ understanding on and interest towards business opportunities in Argentina, starting with the field of infrastructure development, have been boosted, as demonstrated by the establishment of consultation frameworks with the participation of the business circles since the Summit Meeting in April. To further promote private investment from Japan to Argentina, he announced that he will further advance efforts to support Japanese companies’ activities in Argentina by actively utilizing the Japan Bank for International Cooperation (JBIC)

and the Nippon Export and Investment Insurance (NEXI)

and by supporting the industrial human resources development, among others.

(4) The two leaders exchanged opinions on a wide range of challenges of the international community.

Prime Minister Abe elaborated on the recent situation in East Asia and stated that the preservation of the freedom of navigation and adherence to the rule of law are essential in order to ensure peace and security of the region and the international community.

Prime Minister Abe referred to the issues regarding North Korea, including the abductions issue, and expressed his concern over the nuclear and missile development. President Macri shared such concern.

The two leaders shared the intention to cooperate towards the Ministerial Conference of the World Trade Organization in 2017 and the G20 Summit in 2018, which will be hosted by Argentina. 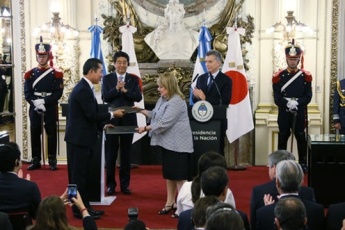 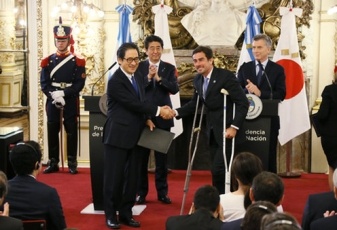 After the Summit meeting, the following Memoranda of Cooperation were signed and exchanged in the presence of Prime Minister Abe and President Macri: 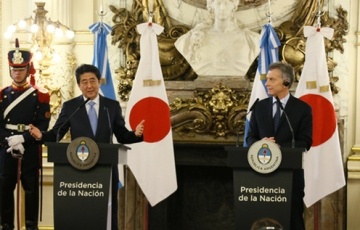 ) that compiled a wide range of vision to further strengthen bilateral cooperation between the two countries in the bilateral context as well as in the international fora. 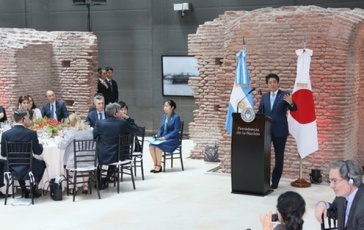 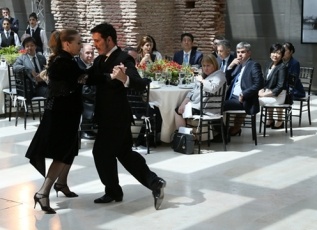 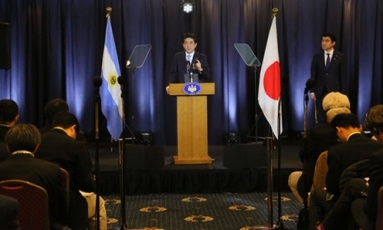