Japan’s initiatives on climate change to be highlighted at COP22

Mitigation and adaptation measures to address climate changes cannot be achieved by single country. The Paris Agreement was a historic milestone as the international community as a whole set a common target in addressing the climate change. Mitigation tackles the reduction of industrial, household, and other greenhouse gases (GHG) by diverse sectors in the society and adaptation prevents and alleviates negative impacts being brought about by climate change such as sea level rise and drought. Since there are no national borders for climate change, it is essential for each country to work through mitigation and adaptation in cooperation with other countries. In both instances, synergies must be sought among various measures taken by both developing and developed countries.

Most developing countries need to achieve economic development, and some of them face difficulty in implementing adequate measures on climate change with their scarce resources and capacity. In the meantime, the time is of essence in taking effective measures for adaptation. If no action is taken, Small Island Developing States (SIDS) and Least Developed Countries (LDCs) could face serious situations such as losing their land. The world has to come together to deal with climate change issues, and it is essential for developed countries to reach out their hands to where the support is needed. This is why developed countries devote themselves to assisting developing countries.

In the context of climate change, developing countries are often categorized as one group despite their diverse background and different challenges they face. As seen from (Intended) Nationally Determined Contributions ((I)NDCs) submitted by developing countries, they all have different strategies to tackle climate change. That is why climate-related support is also needed to be structured individually which fits to recipient national plans and strategies.

During COP22, Japan will demonstrate its various cooperative measures as well as its knowledge and experience gained from implementation of climate-related support in partnership with developing countries. There are also opportunities for audiences to hear directly from recipients their experiences through JICA's programs. The seminars and side events will be useful for the other donors as well as those who seek support to understand what kind of programs that JICA can offer and how it can customize them to meet specific needs. It is hoped that the holding of such events will not only increase interests among various stakeholders on measures taken by Japan but also to inspire Japan' partners as well as other stakeholders formulating various creative ways to collaborate efforts in addressing challenges posed by global climate change.

The followings are some of the seminars which Japan will hold at COP22. More detail is available at: 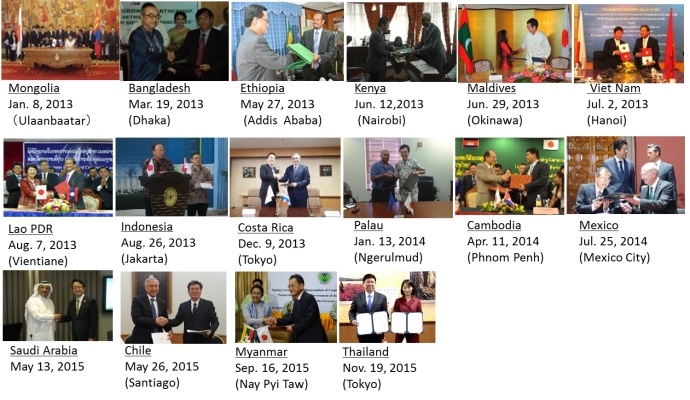 In addition to these bilateral and regional supports, Japan has forged partnership with 16 countries to facilitate dissemination of advanced low carbon technologies. The Joint Crediting Mechanism (JCM) is included as a part of market mechanisms under the Paris Agreement (Article 6.2) and has already issued credits from the projects in two countries (Indonesia and Mongolia). While maintaining objectivity in Measurement, Reporting and Verification (MRV), JCM enjoys flexibility and timely decisions taken by the two countries (Japan and each partner country). The current state of progress made JCM partnership will be showcased at the following event. For more detailed information on JCM:

The 16 partner countries are shown below: 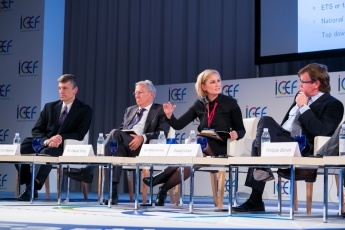 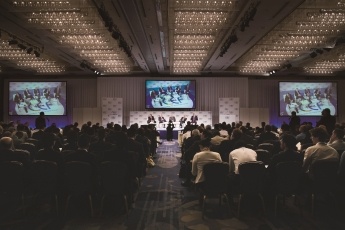 ) is aimed at addressing climate change through innovation and it investigates via discussion in the forum what innovative measures should be developed, how the innovation should be promoted, and how cooperation should be enhanced among the stakeholders. The ICEF is held every year and has a steering committee which makes the decisions regarding the agenda and program to reflect the wide range of views of the international community. Researchers, businesspersons and policy makers from around the globe are expected to participate in the annual forum. More than 1,000 people from approximately 80 countries attended the third conference. In order to share the results of the ICEF, the following side event will be held: 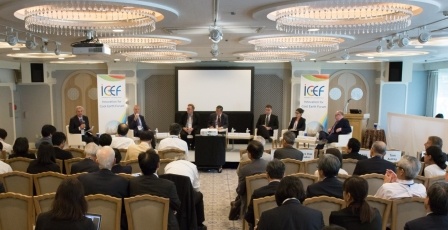