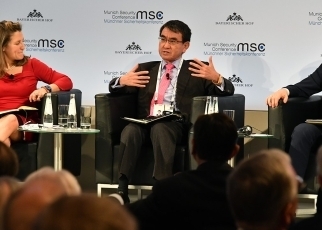 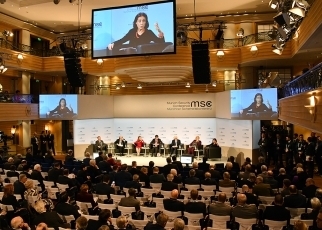 Mr. Taro Kono, Minister for Foreign Affairs of Japan, visited Munich, Germany, from February 15 to 17 to attend the 55th Munich Security Conference. The overview of the visit is as follows.

Minister Kono attended a panel discussion (“The Future of Defence Cooperation: Joining Forces?”) , at which he stressed that, as basic principles such as the rule of law and the international order are being challenged, security cooperation should be regarded as “alliance-building” designed to defend the international order. Minister Kono then introduced the vision of a “free and open Indo-Pacific” that Japan promotes, explaining that not only Japan, the United States, Canada, Australia, New Zealand and ASEAN, but also France and the United Kingdom are joining the vision, and that Germany is also seriously considering its participation. Furthermore, Minister Kono referred to the development of defense cooperation in the Indo-Pacific region with European countries also participating, giving the example of the measures to tackle illegal “ship-to-ship transfers” by North Korea, and he stated that Japan would continue to promote such initiatives.